A good analysis that would seem to indicate they are, and that they do not actually cluster.

Well, it’s New Year’s Eve, the last day of 2012. Am I happy to see it go? Sure. But in many ways it was better for me than 2011. It begun optimistically, since I landed a job I’m happy with. Didn’t end as well as I’d like, with four more years of hope and change on the horizon, and they are looking to be tough years. I am not looking forward to 2013. It’s going to be a hell of a fight, and I’m not sure our rights are truly going to be safe for the next four years.

I could do a year in review, or something like that, but really, I’d prefer to talk about booze. What’s your favorite New Year’s drink? I am not much for mixed drinks. If it’s not beer or wine, it’s usually whisky. My favorite is scotch, but I can’t abide by bad scotch, so it usually has to be the good stuff. That means I don’t get it often. For Christmas I got a good blended scotch. I am a fan of Islay single malts like Caol IlaÂ or Laphroaig, but a lot of people discount blended scotches. As long as the whisky going into the blend is good, it’ll be good, and blended scotches also save money.

Bitter is a fan of the Manhattan, and I enjoy that drink as well. It is a much better drink made with rye whisky than bourbon whisky, and definitely better than when made with Canadian whisky. A lot of mixed drinks will taste better with rye than with bourbon. Rye whisky used to be the dominant American whisky before prohibition, and is only now starting to come back.

Traditional for the New Year is champagne, and we do have a bottle. But this is the only time a year I will buy champagne. Generally speaking, I despise it. But it is traditional, and I will drink it on traditional occasions. One of the worst home-brewing/home-winemaking disasters I ever had was making a mead from a champagne yeast. Ugh! Not a fan.

Note that in New York, you need a permit to own and possess, not just to carry. Gannett company is going to out every single one of them. This is war, folks. Here are the newspapers Gannett owns:

Gannett is also the largest owner of NBC affiliates out there. NBC is also owned by Comcast. Comcast is an enemy too. Do you do subscribe to any of these papers? Have cable or Internet through Comcast? Time to starve the beast and cut the cord. Unsubscribe from these papers. Stop buying them. By feeding these companies, you’re only helping them piss away you’re own freedom.

Piers Morgan will self-deport if Americans don’t embrace gun control. Well, if that doesn’t motivate you to action, I don’t know what will.

A reader pointed me to some recent search trends on Google: Obama will put the full weight of the White House behind new gun control legislation. This was something to watch for, in terms of how serious this threat was going to be. To put it in other terms, this reduces our DEFCON level by at least a point. Why? Look at how quickly the Republicans in the House folded like a cheap deck of cards on the fiscal cliff negotiations. When the President gets in the way of getting anything done until he gets gun control, we’re going to start looking like dead weight on the lifeboat to GOP lightweights.

UPDATE: So do you think any of the left-leaning folks that told us that there was nothing to worry about with Obama and guns are going to apologize to us now and admit they were wrong? :) I remember a few months ago left-leaning outlets saying NRA was paranoid and crazy for saying Obama was a gun banner.

I’d like to thank the folks who have sent this to me, for being on the ball. I’ve been trying to use the holiday week to make some progress on my home office renovation, and to get ahead of things at work at bit. So here is what House Democrats are proposing:

House Democrats will introduce legislation to ban the production of high-capacity magazines on the first day of the next congressional session, the office of Rep. Diana DeGette (D-Colo.), one of the lawmakers sponsoring the bill, told The Huffington Post.

The Large Capacity Ammunition Feeding Device Act will mirror a failed bill introduced during the 112th Congress. Its authors hope that in the wake of the shooting deaths of 20 first grade students in Newtown, Conn., there will be heightened political urgency to act when it is reintroduced on Jan. 3.

RTWT. I’m actually rather torn between what’s worse: an “assault weapons” ban or a magazine ban. I came into this issue during the 1994 assault weapons ban. It is what “radicalized” me, I guess you could say. I didn’t know much about the true nature of the ban when I first bought, but I had to live under it for the first 3 years of becoming a gun owner. The 1994 had both an “assault weapon” and magazine components, and it’s hard to say which was worse.

My first firearm was a semi-auto AK-47 clone, that I bought right after the New Year in 2000, when the Y2K scare went bust and gun dealers were unloading. That rifle is still in a “pre-ban” configuration. I bought my first AR in 2001, and I had no problem finding a lot of cheap 30 round magazines for it, even then. I bought my current carry piece, a Glock 19, in 2002 during the federal ban. It came with two ten round magazines, even though it was designed to carry 15 rounds. I knew ahead of time that I could buy a “New In Box” 15 round Glock factory magazine for 130 dollars, and soon ordered one. I carried that magazine daily until September 14, 2004, the day the ban lifted. That day I went to the local gun store and bought two “Law Enforcement Restricted” 15 round Glock 19 magazines for 20 dollars each, and which I still include in my rotation. A few days later, I ordered a bird cage flash suppressor, and front gas block with bayonet lug for my AR-15. Why? Because I could, and that was reason enough. I converted my “post-ban” AR-15 into a “no-ban” AR-15, if only to mock the absurdity of it. It was the same rifle, but it would have been a felony to do that just days ago. I also converted my Ruger 10/22 into a “no-ban” configuration, despite the absurdity of that as well.

I do not wish to return to those days. While emotionally, the “assault weapons” part of the 1994 ban pissed me off the most, I have to admit that paying 130 dollars for a single 15 round magazine probably had a more practical impact. The 30 round AK and AR magazines were ubiquitous and cheap during the ban; there were just so many of them out there. Post-ban, the price has only improved modestly, but the quality of magazine has improved. The improvement in magazine quality is mostly in the design of the follower, and it was never illegal to replace those on existing magazines during the ban, so it’s hard to say how that would have evolved if the ban had not sunset.

While the absurdity of banning telescoping stocks (very useful to adjust for differently sized shooters), flash suppressors (not all that useful for us or criminals) and bayonet lugs (not very useful to anyone these days) annoyed me for the stupidity of it all, I think the magazine ban is the greatest threat for the largest number of gun owners. Connecticut still has the federal ban, essentially, and clearly AR-15s could still be had (though without flash suppressors and bayonet lugs).

The magazine ban will affect a very large number of shooters. We have to watch everything closely, because there’s no guarantees every bad bill will look like what came before, we can’t let the media and the politicians spin the magazine ban as some kind of false compromise. Both are just as bad. Both must be resisted fully. A magazine ban is just as bad or worse than not being able to have bayonet lugs and flash suppressors on your carbine (and hell, my carbine, because of the 16″ barrel can’t mount a proper bayonet anyway). You don’t get to claim 100 feet of my property, then draw the line back to 20 feet and claim it’s a compromise. You’re still stealing from me.

The Code Pink protest pales in comparison. Record turnout. I just hope that all those people lined up for the show are writing their critters, because Warner is showing weakness, and is up in 2014. You can bet that the left and the White House have a plan for leaning on Congress, and we have to counter that. 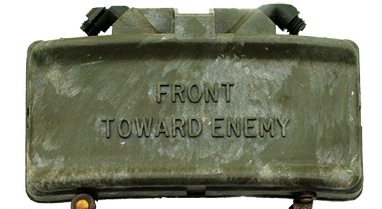 Some gun rights groups are spending resources attacking NRA rather than attacking gun control. It’s times like these that we realize our worst enemy is ourselves. And note how they have pre-thrown Harry Reid under the bus before we even know what he’s going to do with Feinstein’s bill in the Senate. If I were Reid, there would be a lot of reasons I wouldn’t want it to see the light of day, and a big reason I wouldn’t is that I can read, and I still want to be majority leader in 2015.

I’m not in any way suggesting that now isn’t the time for constructive criticism, or talking what strategies work. But infighting is not going to be helpful. The fact is that when we’re dealing with untested candidates, all we have to go in is what they’ve promised, and one reason Casey, for instance, lost his endorsement and had his grade lowered (I’d note Santorum had it in the 2006 race, when Casey gained his seat) is because Casey already made some moves that indicated he might be a liar.