John Richardson takes a look at how much money Bloomberg really donated to Mark Herring’s campaign. We knew it had to be a lot, because that kind of favor doesn’t come cheap, even if your an anti-gun Democrat.

Lo and beholdÂ the top donorÂ to his campaign for Attorney General was none other than Independence USA PAC. They gave $1,292,417 of in-kind donations to his campaign. The money went for media production and advertising buys. To put this into perspective, the next two highest donors gave approximately half this amount each. The only candidate to get more money from that PAC was Gov. Terry McAuliffe (D-VA).

Not all Bloomberg’s money for gun control funnels through Everytown. If you want to understand why Dems are going so hard on this issue, it’s because Bloomberg is paying them to. 1.3 million in a state race is a lot of moolah. Unfortunately, democracy can be bought, folks. The only counter for this kind of cash is grassroots energy for pro-gun candidates.

It’s beginning to look at a lot like…. well, Christmas in Panama maybe. Â I certainly had Gatun Lake going on in my backyard yesterday. That’s probably just as well, since white Christmases are now racist. Blogging will be light around the holidays, unless there is major news like another shoe dropping like we just saw in Virginia with their AG revoking most of their reciprocity agreements. It begs the question, if these politicians are so sure this is a winning issue, why do they keep trying to downplay these maneuvers by announcing them before the holidays when no one is paying attention. Anyways, here’s the news as I see it:

Miguel is hoping that people will write their AGs and tell them not to revoke recognition of Virginia permits even though Virginia is revoking recognition of theirs. I’m of two minds on that, part of my agrees, but part recognizes some gun owners won’t get off their asses and wake up unless they are made to feel some pain.

You remember that church on Wall Street that unsuccessfully tried to bully Wal-Mart into an anti-gun position? Now they are working over Cabela’s.

Good thing there wasn’t any gun involved, or someone might have gotten hurt. Also, what happens in Vegas doesn’t always stay in Vegas.

NRA has said it plans to “fight [Herring’s] decision in every arena possible.” I’ve heard talk of a universal reciprocity bill being pushed after the new year. Some dems in marginal districts will need to be made uncomfortable if they don’t vote the right way. When the time comes, be prepared to melt switchboards.

Remember folks, no one wants to take your guns!

Is it time to retire the term assault rifle?

We should be celebrating this news: cars have gotten a lot safer. The correct comparison is car accidents to gun accidents, in which case guns are much much safer.

Just a reminder of what they think of you.

Again, the anti-gun folks can’t turn out your local club’s Thursday trap level numbers. I doubt this was any exception either. We pitched our Friends of the NRA dinner to the media, which turned out a lot more people. Crickets. These people turn out a dozen white old ladies and get in-depth reports.

Jacob: Why did Obama sit down with Bloomberg? Cash is king. Dem fundraising is pretty anemic this cycle, but Bloomberg is willing to spend big. That’s a big part of why you’re seeing Dems run away from the Second Amendment right now.

Another gun case appealing to the Supreme Court for review.

Turns out that AK used in the Paris attacks which allegedly traced to Century Arms in Florida was an error.

Miguel finds the infamous Glock 7 in an LA County Sheriff’s report. Sometimes you have to wonder if someone is trollin.

Wired: Social Media is Making the Debate on Guns — and Trump — Worse. I think social media makes everything worse.

Brooklyn lawmakers are looking to introduce major restrictions on ammunition in the Empire State.

Generally speaking, sports newscasters wouldn’t be the first place I’d turn to for Constitutional analysis. A lot of journalists should really take this to heart.

Failing to understand us, Part MCMXVII: “This is very much a fear-driven issue right now, and it convinces people that they have to carry guns themselves” I probably shouldn’t complain, because this is a big reason they keep losing.

As soon as I saw the buzz that Bloomberg’s Everytown was partnering with the NBA, my first thought was, “Professional athletes: yet another class of people with much higher rates of criminality than concealed carry permit holders.” Well, before I could work out any numbers, Dave Hardy was there with the scoop: “350 NBA players who have been charged with criminal acts. A simple search turns out 28 players with gun charges.”

Sounds like a great idea, guys. I was kind of missing the almost daily stories about mayors getting arrested, indicted, and then having them quite often be MAIG mayors. They took that fun away from us. Thanks for giving it back!

UPDATE: Oh yeah, this is going to be a riot.

If you don’t think this is part of a coordinated campaign by the left, probably organized through the White House, I have news for you:

Remember, this is from December 15. Seems some Dems have been listening. Don’t expect this move in Virginia to be the last move. There’s probably more to come. Get ready. Lower courts in urban centers tend to be corrupt, arbitrary, and often have a lack of concern about the rule of law, so it’s not too surprising to see that a lower court upheld Seattle’s gun tax despite Washington State’s strong preemption language. We’ll see how this works out on appeal. We’ve been mooching off a lot of past activism by people who worked very hard on this issue. It’s hard to imagine the Washington Legislature offering a fix for this if it doesn’t turn out well in the courts. It’s always going to be the most important election ever, until the tide actually does turn, and we all end up drowned in it. I fear that’s starting to happen. 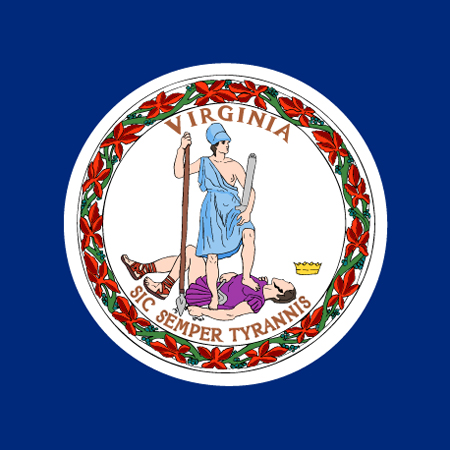 We know that yesterday Administration officials told us they were coordinating with state officials to see how many ways gun owners could be screwed over. Well, the first shoe to drop seems to be by shredding most of Virginia’s reciprocity agreements, including with Pennsylvania. After the Democratic Attorney General Mark Herring closes open season on Virginia’s gun owners, the only states left with reciprocity will beÂ West Virginia, Michigan, Oklahoma, Texas and Utah.

I would note that Virginia code is pretty specific about what makes states eligible for reciprocity, and provides that the Attorney General and State Police shall enter into agreements. It provides no mechanism by which agreements can be withdrawn from once agreed upon. To me that leaves the door open for a lawsuit.

It’s going to be a rough year for us. They are going to try to screw us any way they can. This is probably just the beginning. Folks, if we don’t hit these people hard come next November, we’re going to be in a metric shit-ton of trouble. The current GOP clown show of a primary (not even speaking of the clown show in Congress) doesn’t offer me much optimism. Mark Herring has to lose his next election. All stops must be pulled to defeat him if he runs for re-election in 2018.

What’s happening here is not about public safety, it’s about sticking it to a politically disfavored group any way they can think of. It’s about punishment for defying the will of this Administration. Some of my liberal Dem-voting readers might not be interested much in gun voting, but the time is fast approaching where you’ll have to decide how much you really care about your gun rights.Â How many people who have been carrying in Virginia for years on the current agreements not going to get the word and end up in prison? That’s probably the idea. You will be made to pay for your defiance, and they don’t care how many lives they ruin in the process.

From a practical standpoint, I’d note that Virginia issues non-resident permits. They are not hard to get. I plan on applying for one. I do not intent to let a petty, spiteful tyrantÂ like Mark Herring disarm me.

From an LA Times piece, we get the following quote on why President Obama is looking into unilateral executive action on gun control:

“If this succeeds, it will save lives. If it fails legally, the cost is only political,” [Senator Christopher] Murphy [D-Conn] said. “When youâ€™re talking about weighing lives saved versus political capital lost, itâ€™s a no-brainer.â€

This is another one of his Heads I win, tails You lose gambits. He’s going to try, and if it doesn’t work, then it’s the work of The Enemy, who wants Dead Babies.Which makes sense for his future aspirations (global talking head), but is yet another drip of corrosive in the mechanism of politics. AprÃ¨s moi le dÃ©luge, indeed.

Ted Strickland got high marks from NRA during his tenure as Governor, but now that he’s running in a Dem primary he’s changed his views to back gun control.

â€œTedâ€™s views about gun violence and gun safety have been deeply influenced as a result of the multiple horrific incidents of gun violence that our country has suffered, and particularly after the Sandy Hook tragedy (in Connecticut).

â€œJust like many Americans, after Sandy Hook, he called for a reassessment of laws in order to help keep Ohioans and all Americans safer,â€ Bergstein said.

Yeah, I’m sure running in a Dem primary where Bloomberg money can be had has nothing at all to do with his election year conversion of the issue. Remember folks, politicians are rank opportunists. Don’t believe a Republican’s support on this issue is any less shallow. Politicians pursue what they feel is in their best interests, and like it or not, Bloomberg and Obama have convinced Dems that supporting gun control is in their best interests. Remember these wise words from Milton Friedman: 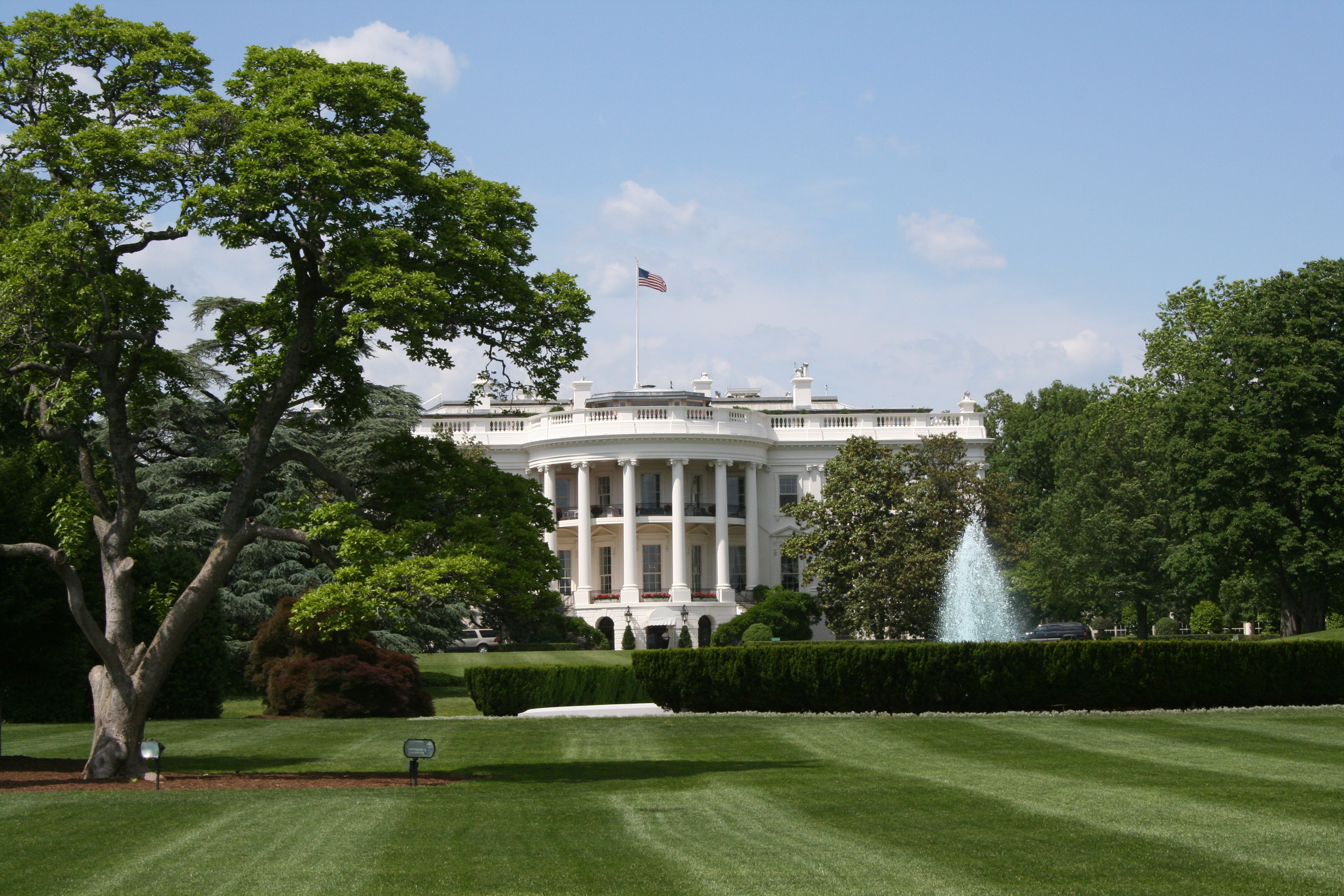 Based on statements coming out of the White House, I think Obama’s executive orders on guns might end up being a barrage of ridiculous things completely unsupported by law. Sure, they’ll lose in court, but they’ll force us to take them to court, and that’s going to cost time and money heading into the elections. I’m thinking the strategy might be to throw as much as they can at the wall and see what sticks.

Certainly Obama has numerous ways he could screw us that are completely within his authority. A near handgun import ban would be among them, by ditching the point system and adopting something draconian. I don’t see how Obama has any executive power under the law to close any “gun show loophole” or to otherwise affect private transfers.

But that doesn’t mean he won’t force us to waste time and treasure fighting even clearly illegal moves. There’s no penalty for overreach. With guns there’s not much clearly established precedent to support civil rights suits. So what does he have to lose? 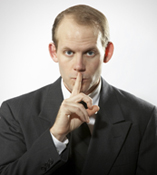 I have to link this with the caveat that I don’t know whether this is real, satirical, or just plain trolling. Poe’s Law is in full effect. But this does come from a credible lefty source on the Book of Face. Apparently I’ve been doing a lot of tone shaming my whole life and never realized it. So for all of you that I’ve ever refused to have discussions with until you calmed down, for all the times I’ve said I don’t argue with children throwing a temper tantrum, I’m sorry. I did not realize the error of my ways. Apparently I was wrong to expect adult conversation and disagreement, and so I offer a heartfelt apology for preservingÂ my privilege.