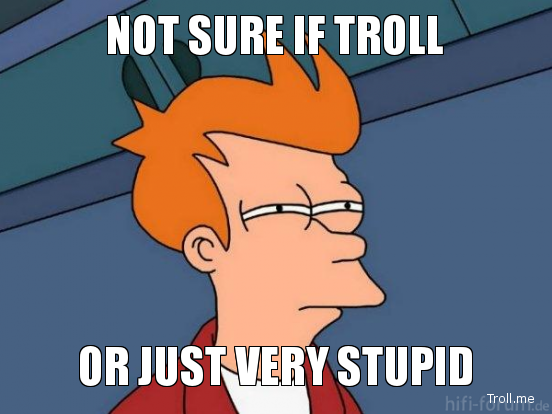 Gersh Kuntzman, writing in the New York Daily News, doubles down on the article he wrote about his bizarre AR-15 experience. I give him credit that at least he’s fired an AR. Spend a week listening to people blather about ARs who have never fired a gun in their lives makes you start wanting to go “Oh, so you’ve never fired a gun, let alone an AR-15. Well, then shut your ignorant pie hole!” I give kudos for Kuntzman for at least trying it, even if I’ve seen eight year olds handle the experience better than he describes.

But reading his latest article, I think both Kuntzsman and the New York Daily News are just trolling for clicks at this point. It may be shameless, but it works. Those eyeballs are no doubt coming from “Hey, check out this pansy,” as people of the gun spread the link around. But none of that is going to matter to advertisers. So perhaps Kuntzman is willing to endure pot shots at his masculinity for the sake of clicks:

To summarize, this line of argument suggests that I’m not a real man because I am frightened by the awesome power of an AR-15, which, despite however you willfully misread my story, can discharge dozens of rounds in mere seconds.

If you can fire dozens of rounds in mere seconds on semi-automatic, and actually hit what you’re aiming at, having no prior shooting experience, I’ll eat my hat. That is likely a fabrication, or the adrenaline was warping his sense of time. I’d struggle to do that, and I’ve been shooting a lot longer than he has. The AR is easy to use and easy to learn on, but it’s not that easy. I’ve been wondering if the shop owner set him up with a rental M-16 rather than an AR-15.

Yes, this weapon scared the crap out of me. And it should scare the crap out of all of you, too. An AR-15 is a weapon of mass destruction, a tool that shouldÂ only be in the hands of our soldiers and cops, as Rep. Seth Moulton wrote in the Daily News on Tuesday. I don’t think there’s anything unmanly about pointing out this fact.

Kuntzman’s fears are his own problem, not mine, and he shouldn’t make his issues the world’s issues. It also begs the question of why cops should have a weapon of mass destruction? They carry guns for the same reasons we do: self-defense. If it’s useful for police to protect the public and themselves with an AR-15, why is it then not useful to me? Just because he can’t handle it doesn’t mean he should project his inadequacies onto others.

As far as the challenges on his masculinity go: when he ridiculouslyÂ claimed shooting an AR gave him PTSD, heÂ insulted a lot of people who actually have or have had PTSD from experiencing things far far worse than firing a rifle in a safe and controlled environment. And he gets indigent that people then fling insults? He cheapened what those folks went through, and he should get over himself.

Personally, when I started shooting, especially on indoor ranges, it took a bit of conditioning to get over being jumpy at unexpected loud noises. Even when I would get used to the basic din of a range, some dude would show up with a hand cannon, or large rifle and *jump*. Some people struggle with that more than others. I suspect most of us took a bit to get used to a range, especially if we weren’t raised as shooters (which I was not).

8 thoughts on “Gersh Kuntzman is Just Trolling for Clicks”