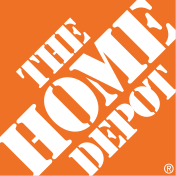 For those of you who haven’t been following at home, both Chili’s and Sonic caved under pressure from Mom’s Demand Action. This weekend, Open Carry Texas held a rally outside of a local Home Depot. It would seem from the story that they wereÂ allowed, by Home Depot, to hold the rally outside on their property. Well, of course Shannon Watts jumps into action. I don’t blame anyone who suggests that these people have to be getting big fat checks from Bloomberg. It’s really hard to believe that even a small group of people like this could be as dense as these people are.

At this point even NRA, who I would normally not expect to comment on a matter like this, has issued a pretty strongly worded statementÂ on OCT’s activities. I’m rather torn about how to continue covering this issue. On the one hand, it’s gun news, and we all have a stake in the outcome of these various skirmishes over guns in businesses. On the other hand, I think these people feed on attention, any attention. It doesn’t matter whether it’s good attention or bad attention; they are doing this for a reaction, and a reaction they are getting. So I’ve been wondering if we’re all only helping to feed the beast, if you will.

I am sincerely hoping that very shortly Shannon Watts will come across a business who will not be cajoled and bullied. That might take the wind out of her sails. We already have an example with Staples, and I’d be willing to bet that Staples is a lot more worried about losing business toÂ Jeff Bezos than they are about losing business from Shannon Watts and her demanding moms.