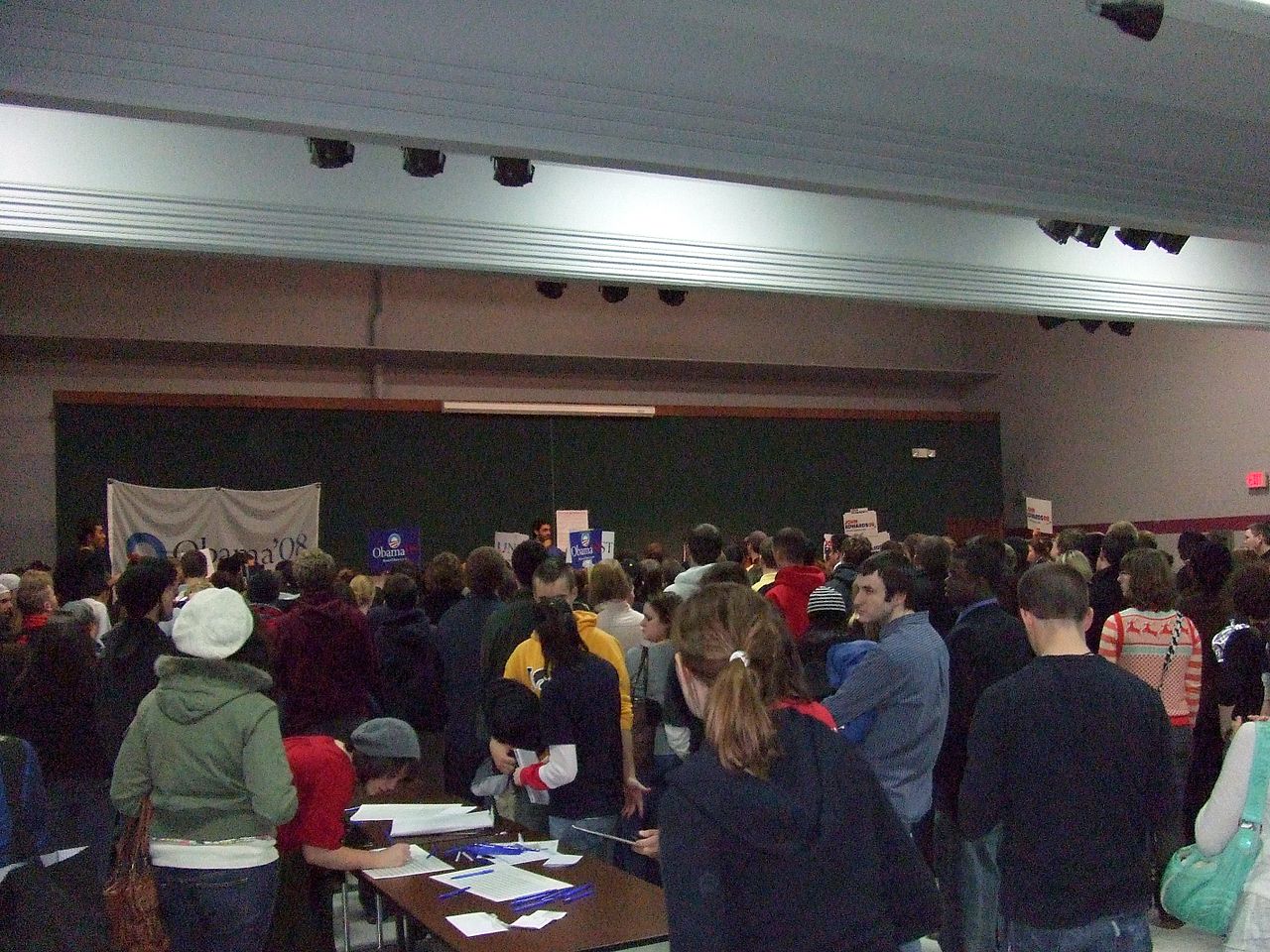 There’s really only one thing I care about in the 2016 election and that is the composition of the Supreme Court. I also wouldn’t mind someone who’s willing to put Putin, Iran, and the Chinese in their places and hopefully avert some damned fool thing that ends up startingÂ World War III. But the Supreme Court is my top issue.

What we’re seeing is a three way race between Cruz, Trump, and Rubio. I don’t honestly think any of the other candidates stand a chance. At some point, either Cruz or Rubio will likely need to drop out to overcome Trump. The other candidates should do us all a favor and drop now.

The problem I’ve had with Trump is that I don’t know what I’m buying. Who would Trump put on the Supreme Court? Maybe his sister, who is a presiding federal judge in the 3rd circuit? I don’t know much about her judicial philosophy. Maybe she’d be fine. But Trump has been all over the map on so many issues, I really don’t know how he’d govern, or who he’d pick.

Not being a Trump supporter, I’m pleased to see that he may in fact be over-polling. It’s one thing to tell a pollster that you support Donald Trump, but Trump has not been building a ground operation. His campaign has been relying strictly on earned media. Trump’s media game is stellar, but you need foot soldiers on the ground to get butts to the polls or caucuses. Iowa is one state though, and its caucus system plays against candidates without a ground game more than the systems in other states. I would not count Donald Trump out of the race by far. There’s a lot of lessons to learn from Trump that the GOP is totally ignoring, but that’s another post.

I believe both Ted Cruz and Marco Rubio would put better candidates on The Supreme Court than any of the other front runners in both parties. I think Marco Rubio has more raw political talent, but I’m not sure his style is suited to the times. He’d be a great “good times” candidate, but these are not good times. As for Cruz, Charles C.W. Cooke had the linguistic kill shot on Ted Cruz for me: “midwest vacuum cleaner salesman.” He’s the obnoxious nerdy kid who kissed the teacher’s ass in class and who everyone wanted to punch after school. I might agree with him on more issues, and he may be less “establishment,” but demeanor matters to low-information voters, and Cruz’s demeanor is what I worry about. I don’t see Cruz fundamentally altering the electoral map. Rubio might have a shot.

Hillary Clinton doesn’t have any accomplishment in her life other than marrying well. I’ve said this before, but sheÂ doesn’t have enough political talent to get elected dog catcher on her own. Bill’s coattails got her to where she is.Â That’s why she nearly got schlonged by a kooky old socialist from Vermont in Iowa, and will definitely get shlonged in New Hampshire. I’m rooting for Bernie. I remember being pleased as punch when Obama started to knock of that 2nd rate hack of a candidate in 2008.Â Even after eight years of Obama, I’m not sure I was wrong to be pleased. Bernie might be a kooky old socialist, but he does not greatly offend me. He’s talking about the things people care about. He’s great on the stump, and knows how to work a crowd. If he won, I think as a President he’d be entirely ineffective — less so than even Obama. Hillary knows where bodies are buried, so she’d be a far more hazardous nominee than kooky old Bernie.

21 thoughts on “Commentary on the Iowa Caucuses”