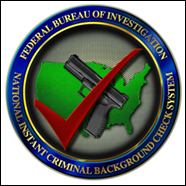 John Richardson is reporting that September NICS checks are at record levels, meaning President Obama is still the world’s greatest gun salesman. A lot of gun folks really have the barest idea of how this politics stuff works, so when they hear about “executive action on gun control,” they have little idea of what Obama can and can’t do with that power. They get scared and panic buy. To be sure, Obama can do plenty of damage with executive action, but probably not as much as the people panic buying are imagining.

I’ve seen a lot of talk about the gun issue in my Facebook feed among left-leaning folks. Not much more than after Sandy Hook, but it’s there. I follow a lot of other media too through a web of Google Alerts. The left are out there pushing gun control, but there’s a sense of desperation about it. I see and read a lot of angry things, and I don’t think anger is a trait of a movement arguing from aÂ position of strength.

UPDATE: Trigger finger thinks it’s more about venting anger than panic: “…Â but there have been enough calls for gun control in Obama’s second term that did not go very far nationally that I doubt panic is really being felt.Â I think it’s more about anger at this point.” That could be. The best way to take out your anger on the media is to cancel the subscriptions and cut the cord. You can use the money you save to buy more guns!

7 thoughts on “Gun Control Talk Is Great for Selling Guns”