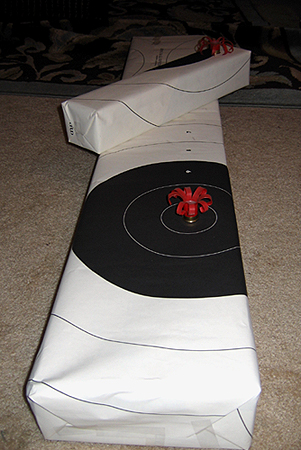 I haven’t heard whether it will be an official record or not, but it’s looking that way. Gun sales on Black Friday were brisk, to say the least. Anecdotally, I heard that PICS was down for a good part of the weekend due to volume (Things like this could form the basis of a suit challenging background check requirements. We’d never accept something like this in the context of another right.)

The good thing about this is that it portends a serious cultural change in our favor. Guns are now seen as something to get people for Christmas. In a lot of cases, this is probably going to be gifts between spouses. That means men are buying guns for women and women are buying guns for men. It doesn’t get much more positive than that, because either way it goes it shows some level of engagement with the issue.

AlsoÂ good news: rich billionaires,Â like Bloomberg, want to make gifting guns largely illegal, with few exceptions, and this could be the basis of forming a constituency against his plans.