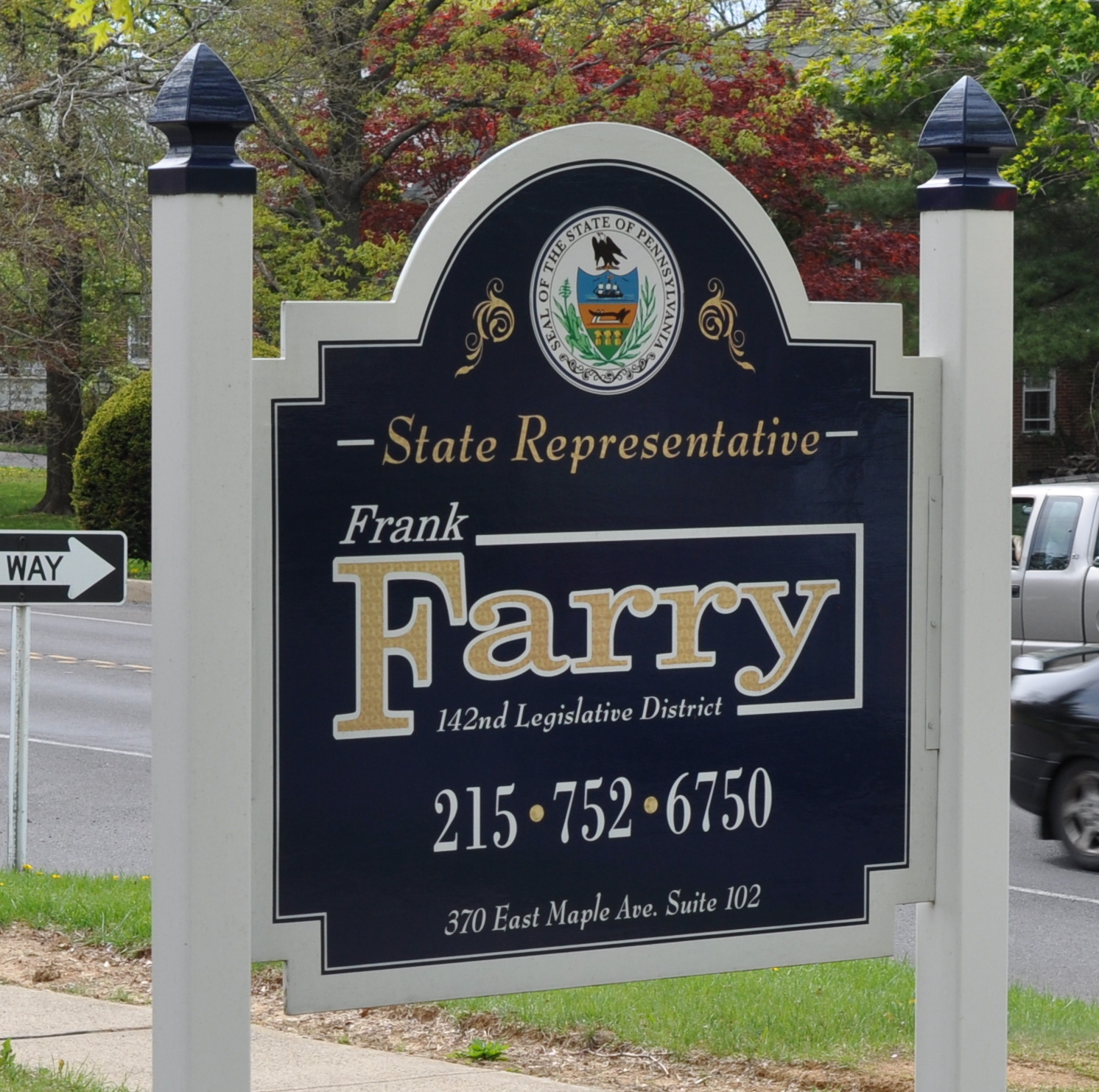 When all has been said and done, our side did pretty well for only having a few hours to put a counter-protest together. I counted 42 people in our group, and 25 people in theirs. Except they had their act together a bit more. They marched in from the center of Langhorne Borough, to Frank Farry’s office, while our group was already gathered outside the building. The CeaseFirePA folks immediately monopolized the area in front of traffic, which was smart on their part. Our group mistakenly went to join them, which only served to make their group look bigger than it really was, and given that many people on out side did not have signs, that wasn’t going to be a winning tactic.

Eventually our side kind of figured things out and spread out along the street to make our point to passing traffic. The good thing there is when people drive by and honk, you can’t be sure who they are supporting. This denied the other side the emotional self-satification of thinking everyone supports them.

Because there was only a few hours notice, few in our group had signs, whereas almost all the CeaseFire people had signs, and they also had a large banner. They had more time to plan. One thing it taught us to have signs on hand and ready to go at a moments notice. Folks honored the request not to open carryÂ long guns, and both our people and their people were sending people inside the office to make ourselves heard.

One thing I’d note is that a lot of people want to argue with the other side. I tend to think this is rather pointless. The folks that show up to these rallies are going to be true believers, and not amenable to having their minds changed. All it accomplishes is making their group look bigger. I’m a big fan of staying in two different areas. Our group was bigger, and that could have been very apparent to any person driving past, or to any reporters covering the events.

The purpose of counter-protest is a) denying your opponents the emotional satisfaction of believing they own the field, and b) making sure the media covers both sides of the issue, and c) demonstrating organizational effectiveness to the particular lawmaker targeted. I believe we accomplished a) and c) pretty well, and probably b) too, but we’ll have to see how the media spins it. If they end up misreporting the numbers, that’s because it was really hard to tell once this got going. I counted out our folks before they arrived, and counted their folks as they marched in.