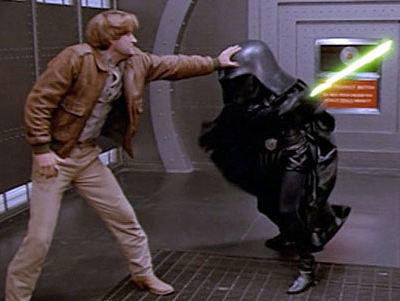 Ladd Everitt at CSGV puts out a press release trying to apply the same pressure to our Senators that is currently being applied to Scott Brown in regards to HR822. CSGV is pretty much outright lying about the bill by suggesting HR822 is “legislation that would force Pennsylvania to let individuals from around the country carry concealed, loaded firearms in publicâ€”even when those individuals have a history of domestic violence and would not qualify for a concealed carry permit under Pennsylvania law.”

It’s not exactly a lie, because they say “history of domestic violence,” and if you beat your wife, but have never been prosecuted for the act, this is technically true. But it’s certainly disingenuous. Anyone who’s been convicted of domestic violence will no more be able to carry under HR822 than they can today, which is to say they can’t. HR822 does not apply to people who are federally prohibited from possessing firearms. Period.

I really have to wonder how our opponents can live with themselves knowing that the only way they can win is to mischaracterize their opponents, and essentially lie. I couldn’t stay in a movement where the only way I could win is to do that day in, and day out. CSGV might be wise to put pressure on Senators in swing states, but their efforts ring hollow, much like poor Lord Helmet in the caption I have chosen for this post. At the least we’re forcing our opponents to spend money and grassroots energy they don’t fundamentally have. The only group I truly worry about is MAIG, who is doing everything right. They may be getting stronger for the next fight, but I doubt that is true of CSGV.

6 thoughts on “CSGV Puts Pressure on Casey and Toomey”