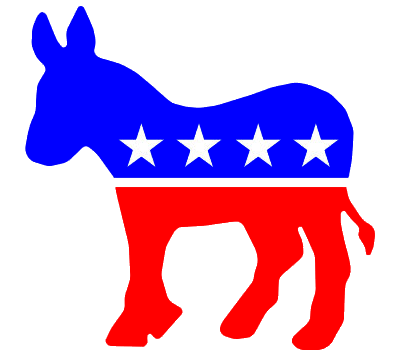 Bob Owens did a tweet string that explains the motivations behind the Dems embracing gun control. I agree that philosophical progressives are terrified of an armed citizenry, because such an idea runs counter to technocratic central planning, but I view most politicians as opportunists, rather than die hard ideologies. There’s two reasons the Dems are so crazy for gun control today.

One is the Democrats mounted a comeback strategy that culminated in retaking Congress in 2006 largely by running “blue dog” candidates that were good on guns and could win in their local districts. The theory was that the gun vote could deliver a lot of single issue voters, and would therefore help Democrats hold their seats. NRA issued a lot of endorsements to blue dogs in the 2010 election, despite taking a lot of crap from their members. They bent to the will of their members and pulled Harry Reid’s endorsement largely because he voted in favor of Sotomayor and Kagan. The blue dogs were laid to waste in the 2010 election. Democrats took the lesson, rightly or wrongly (I would argue wrongly), that there was no use chasing gun votes, since they weren’t reliable for Democrats.

The second reason the Dems are so gung-ho for gun control in 2016 is because of the vast sums of money that Mike Bloomberg’s bringing to the table. He’s not necessarily bringing all that money in for guns, but you can bet when a big donor is willing to dump a million bucks worth of ad buys into a state-level race, even of those ads aren’t on guns, politicians will start dancing that donor’s tune on gun control if they know that’s a big issue for him.

The older I get the less I think politics has really anything to do with political philosophy and reason. Sure, there has to be enough of that for the chattering classes, but for the most part it’s really just a bunch of hucksters, grifters, and opportunists vyingÂ for media timeÂ in order to manipulate poorly informed people they are worth coming out for and checking their name in the box at the next election. The people who are good at that win elections, and the people who suck at it lose.

What keeps me from becoming completely jaded is that I do believe it’s possible for motivated groups of people to play this game, manipulate the manipulators, and come out ahead. What will make the Democrats listen on the gun issue? A motivated group of people (it would probably only take a million nationwide) willing to be visible in the Democratic coalition and willing to withhold their votes and money solely on the issue of gun rights. If we had that, they’d start to listen.

24 thoughts on “Why Have the Dems Become so Gun-Ho for Gun Control?”