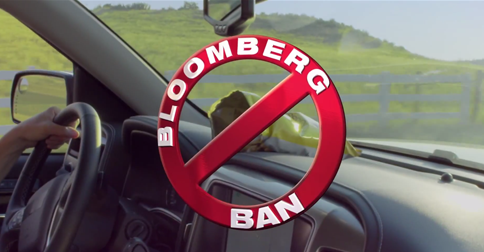 Now even the Democrats are asking the question:

â€œThe gun thing, I would have done it differently,â€ Sen. Chap Petersen (D-Fairfax) said. â€œItâ€™s speculation at this point, but I feel the Gecker seat was one we thought we were going to win. .â€‰.â€‰. [The gun issue] was one variable that was thrown in at the last minute.â€

How long before the Democrats start telling Bloomberg, “Thanks, but no thanks.” I’m honestly not sure why the calculus changed for the Dems. Up until about 2010 gun control was considered political suicide even across the aisle, unless you were in a safely Democratic urban district. The Dems of a decade ago successfully used the blue dog strategy to get back to a majority in Congress. Then in 2010, they flushed the blue dog strategy down the toilet in order to get enough votes to pass Obamacare without a single Republican vote. Obama won re-election, but he spent most of his first term not really playing up the gun issue. After Sandy Hook, the Democrats convinced themselves everything had changed. But polling shows pretty clearly it hasn’t. So what makes them so sure it’s a winner now?

I believe the Democrats are pursuing gun control because it’s what the donor class wants, and when you dangle the fish in front of the seal, you can expect the seal to bark to get the fish. Bloomberg has a lot of fish, and Obama, who is now very enthusiastic about gun control, is going to command a lot of big donors for many years to come. That will go double if Hillary Clinton loses in 2016. The barking seals will follow the follow the people with the most fish.

20 thoughts on “Did Gun Control Cost the Dems Gains in Virginia?”