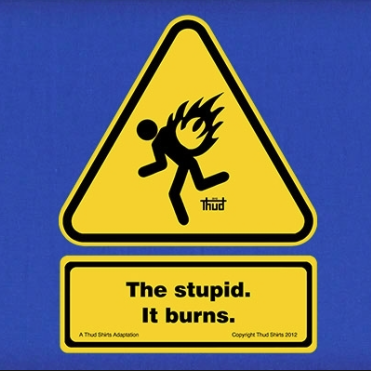 Newsmax has published it’s list of 100 most influential people in the pro-gun movement. Newsmax is normally on the list of sites I won’t link, because they are the National Enquirer of the conservative news sites. But this was a stupid enough list I had to comment. Â It strikes me more as “Let’s list out 100 people we can think of or Google who are in the pro-gun movement and list them, and we can do it in the order we find them.” It would hardly be wrong to say that, Dudley Brown, for instance, is not influential, but when he actively sabotages progress on our issue, I don’t think it’s wrong to question his priorities. It also seems that all you have to do to get on their list is be a minor celebrity, well-known and own guns, or have once said a kind word.

The list is insulting to the real people who have dedicated their lives to this fight, often out of the limelight and not in the expectation of getting any thanks for what they were doing. So here’s who ought to have made this list,Â in no particular order:

And that’s just ten legal scholars I can think of off the top of my head, who have all done tremendous things for the issue. I could probably list ten more, all of whom belong on that list more than twenty others who have no place on it.

What about Alan Gura and Alan Gottlieb? I mean, I know Alan Gura argued only argued two landmark Second Amendment cases and all, but hey, Bruce Willis once said something pro-gun! Alan Gottlieb, whatever his faults, has still done a hell of a lot more on the issue than Whoopi Goldberg.

Or what about Chris Cox and his whole lobbying team? Everyone thought we were going to get it good and hard in Congress during the 2013 fights, and our opponents walked away empty handed. Not even worth an honorable mention?

This list was written by people with no understanding or appreciation of the issue. It’s one reason I will continue to not link to Newsmax, or take them seriously.

10 thoughts on “Newsmax: Here’s a Crappy List of 100 Pro-Gun People We Could Think Of”