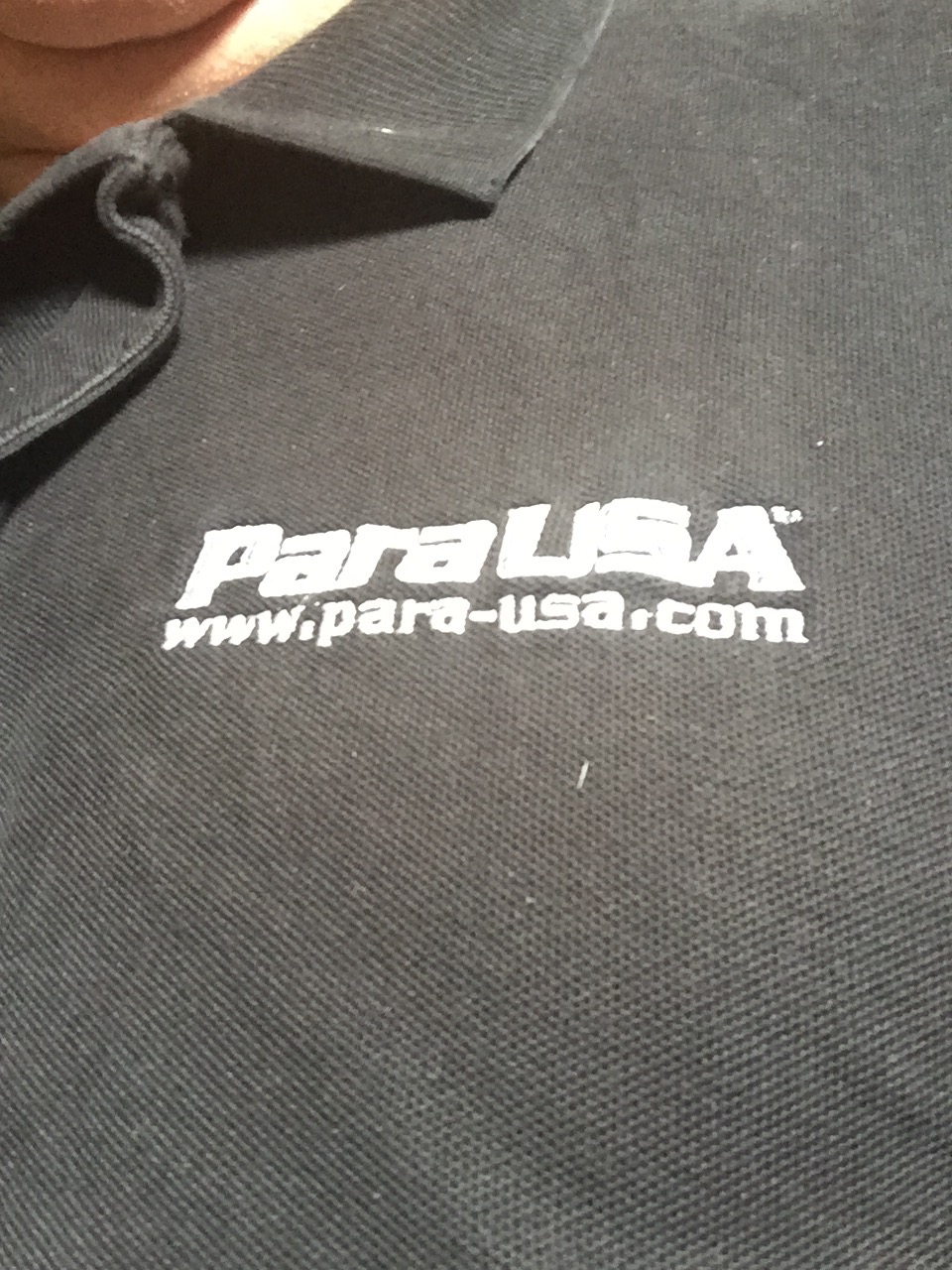 Completely subjective, I know, but having to do the grocery shopping yesterday on the way back from the office, I decided to take notice of anyone wearing orange. I can report I did not notice a single person wearing orange all of yesterday. Of course, to really be scientific, you’d have to take a control sampling at the same place on a day when Bloomberg isn’t asking people to wear orange, and then calculate whether the variation is statistically significant. But my number was a big zero. Did anyone else notice anyone wearing orange?Â Miguel did.

As for me, I wore my ParaUSA polo that I got gratis when Para treated some of the gun blogosphere to a long weekend at Blackwater many years ago. Before Para became part of Remington, before Blackwater started changing their name. You know, back when Eric Prince was bilking the American government rather than the Chinese.