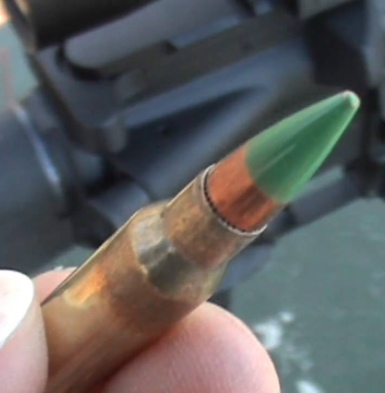 Probably anticipating a gun fight with the GOP over the gun issue, the Obama Administration, through the ATF, are proposing jiggering the the definition of armor piercing ammunition in order to include M855. This is absolutely meant to cut off supply of inexpensive surplus ammunition, and screw shooters. It is a giant middle finger from this administration for having the temerity to oppose him. Remember what they tell us:

“You can’t continue to use lead ammunition, because it’s bad for the environment and wildlife.”

“But you can’t make ammunition out of anything other than lead because if you do, it’s ‘armor piercing.'”

They are well aware of the Catch 22 this put us in, and it’s deliberate. And they are hoping that the courts either don’t notice, or don’t care. If the Republicans want to show us they are with us, they’ll not only reverse this, but allow the US military to surplus ammunition once again to civilians. If Republicans really want to show they are with us, they’ll repeal the whole ridiculous “armor piercing” ammunition law entirely. It was always based on hysterics and misinformation, as is most gun control.

7 thoughts on “Obama Administration Sticking it to Us on Ammunition”