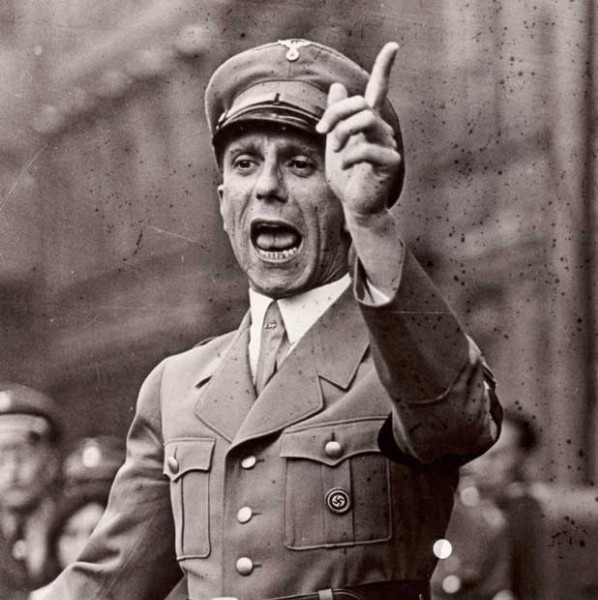 Bob Owens at Bearing Arms caught one MDA chapter leader, and volunteer for the Carolyn Maloney campaign, suggesting that Nazi propagandist Joseph Goebbels was a pretty insightful guy. I would bet money that Alison Martin had no idea who Joseph Goebbels was when she uttered that statement of support, and when she found out, she deleted her Twitter account because it was embarrassing.

That said, the quote in question is one that has been attributed to Goebbels, but I can’t find any evidence that quote is actually his. I don’t believe if her statement was uttered in ignorance that it lets Ms. Martin off the hook — far from it. It shows a dangerous ignorance. The fall of the Weimar Republic and rise of the Nazis is a recent history that describes aÂ countryÂ making the slow (and democratic!) descent into the madness of a mass murdering police state. I would also wager thatÂ Ms. Martin has never read Orwell. Perhaps she can learn something from another quote from George Santayana:

Progress, far from consisting in change, depends on retentiveness. When change is absolute there remains no being to improve and no direction is set for possible improvement: and when experience is not retained, as among savages, infancy is perpetual. Those who cannot remember the past are condemned to repeat it.