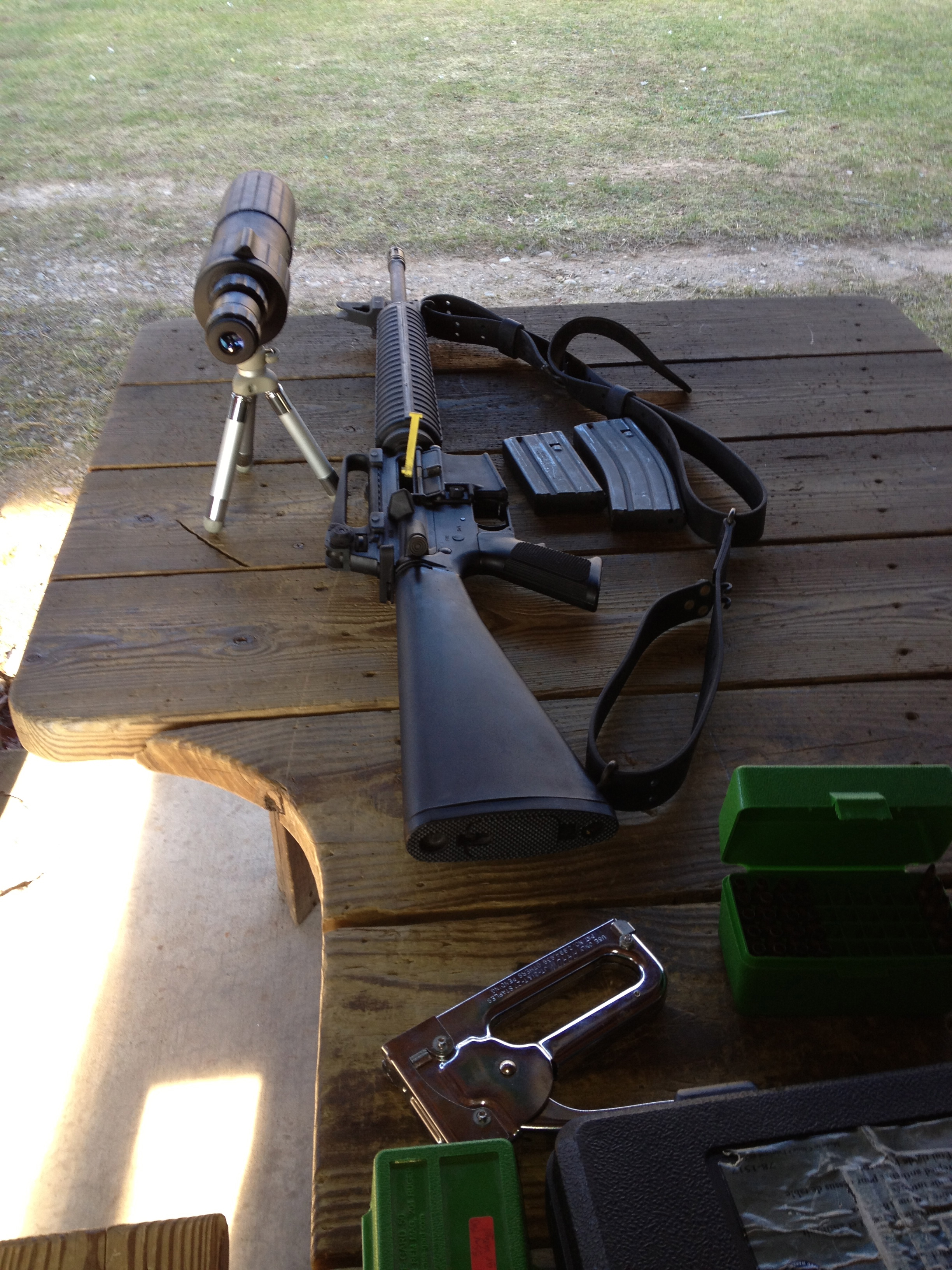 Joe Huffman had a worn AR-15 part that was causing his rifle to double. He notes:

It would have been really ugly if the ATF took a dislike to me. A gun malfunctioning like that can result in a prison sentence. Itâ€™s not right. The law should be fixed. The ATF should abolished or at least have itâ€™s â€œclaws trimmedâ€. But that is the way it is.

To some degree the Supreme Court already declawed ATF’s interpretation of this statute in the case of Staples v. United States, but if you ever have this happen to you, it’s very very important that you fix it promptly. Definitely don’t take it to the range and tell your buddies, “Hey, check this out!” From Staples:

We concur in the Fifth Circuit’s conclusion on this point: “It is unthinkable to us that Congress intended to subject such law-abiding, well-intentioned citizens to a possible tenyear term of imprisonment if . . . what they genuinely and reasonably believed was a conventional semi-automatic [weapon] turns out to have worn down into or been secretly modified to be a fully automatic weapon.”

Joe has little to worry about here, since he pretty clearly fits nicely into the Staples language. But to be safe, it’s probably also a good idea to destroy or otherwise get rid of the worn part once you’ve replaced it, because you don’t want to constructively possess a machinegun either. The statute in question hinges upon your knowledge, and whether you have a “guilty mind,” as is required under the Staples decision. If you have an AR go full-auto, or burst, that in itself is not strictly a crime if you take measures to quickly fix it. If you think it’s cool and knowingly keep it that way, and that goes doubly if you tell someone about it, you’re opening yourself up for possible prosecution.

5 thoughts on “It’s No Laughing Matter”