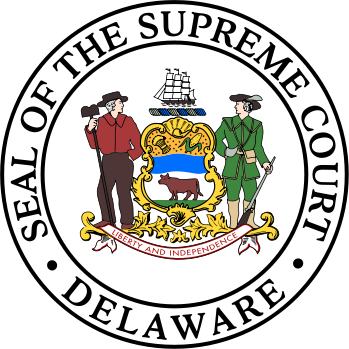 In response to a question from the Third Circuit Court of Appeals, The Delaware Supreme Court has ruled in Doe v. Wilmington Housing Authority that Section 20 of the Delaware Constitution, passed in 1987, is more extensive than 3rd Circuit precedent recognizes for the 2nd Amendment, which does not extend outside the home. Delaware’s Section 20 explicitly recognizes a right to carry outside the home for self-defense.

At issue is Wilmington Housing Authority’s revised regulations on guns, which prohibits carrying firearms in common areas. The Delaware Supreme Court argues they violate Section 20 of the Delaware Constitution. The Court uses intermediate scrutiny here, but they do a much more honest analysis at that level than most courts, which have really just instituted rational basis review under the guise of intermediate scrutiny. Here’s the Court:

To satisfy its burden, WHA argues that it has an important governmental interest in protecting the health, welfare, and safety of all WHA residents, staff, and guests who enter onto WHA property. WHA argues that an accidental discharge of a firearm may have serious fatal consequences and that dangers inhere in the increased presence of firearms. But these same concerns would also apply to the area within any apartmentâ€”interior locations where the WHA concedes it cannot restrict the possession of firearms for self-defense. The Revised Policy does more than proscribe the unsafe use of a firearm. It also prohibits possession in the public housing common areas except where the firearm is being transported to or from an apartment. In this context, WHA must show more than a general safety concern and it has not done so.

In Griffin v. State we explained that an individualâ€™s interest in the right to keep and bear arms is strongest when â€œthe weapon is in oneâ€™s home or business and is being used for security.â€61 Residents have a possessory interest in both their apartments and the common areas. And although Residents cannot exclude other residents or the public from the common areas, their need for security in those areas is just as high for purposes of Section 20 as it would be inside their apartment or business. The common areas are effectively part of the residences. The laundry rooms and TV rooms are similar to those typically found in private residences; and the Residents, their families, and their guests will occupy them as part of their living space.

If only ever court did intermediate scrutiny analysis like the Delaware Supreme Court just did it, we might be in much better shape. Congratulations Delaware, you have a Supreme Court that takes your rights seriously.