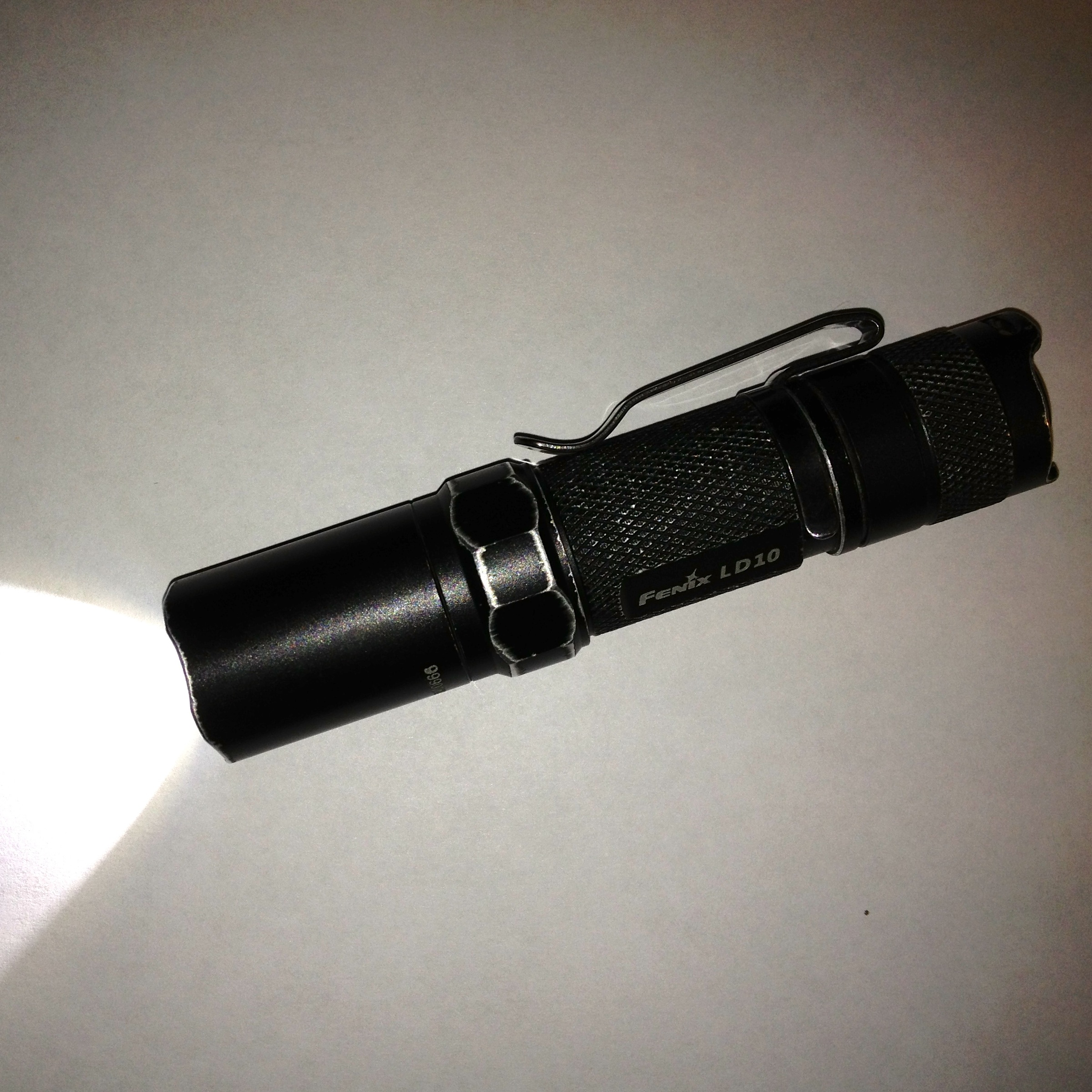 I’ve carried some form of flashlight for quite some time now, because it’s a good idea to carry one if you carry a firearm, and because it’s just a damn handy thing to have on you. I probably go to my flashlight more often than I go to my multi-tool. I carry a Fenix LD10. I like the Fenix a lot, but I have one pet peeve with it — it’s too easy to accidentally turn on when carrying with the pocket clip. Often times, I don’t notice until the flashlight gets hot, and by then, it’s burned through a good deal of battery.

Does anyone who carries a flashlight regular have a favorite? One good thing about the Fenix is that it takes a single AA battery, so if I drain one using the flashlight as a pocket warmer I’m not out much. It’s also small enough to make carrying on a pocket clip practical. But I’d love to have a flashlight that was a little harder to accidentally switch on.