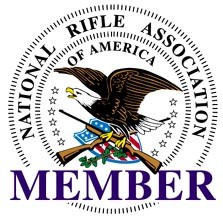 I was looking for the annual misogynistic media column this year (haven’t found it yet), and I came across a media story about the 2015 NRA annual meeting that is scheduled for Nashville.

The convention center has already booked future events with 150 groups, including some big names like the National Rifle Association, which will bring up to 40,000 people to Nashville in 2015.

Um. Nashville, please contact NRA organizers pronto. I doubt NRA has cited the “up to 40,000” number since there hasn’t been a convention that small since I started attending these things in 2004.

With the record setting crowds that have come to Louisville and St. Louis topping 60-70,000 people, it seems a little absurd that Nashville would see such a significant drop off being close to many of the same attendees as those other cities.

This is annoying because it seems to be said with a purpose of belittling our influence and interest as gun owners. The press can now report that Nashville is expecting NRA member interest to drop by more than 40% based on predicted convention numbers, and I haven’t seen any indication that’s the truth.

8 thoughts on “Bad Signs for the 2015 NRA Convention in Nashville?”