Bloomberg is gathering signatures for the Oregon semi-auto ban by paying people to lie.

I-1639 is a ban on semi-automatic firearms. It has nothing to do with a grocery tax. They get paid for signatures, and so they get signatures. The people getting paid don’t care how. This is why I do not believe in direct democracy. 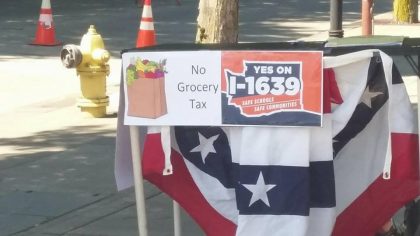 You can find more examples of this kind of deception at the original link.