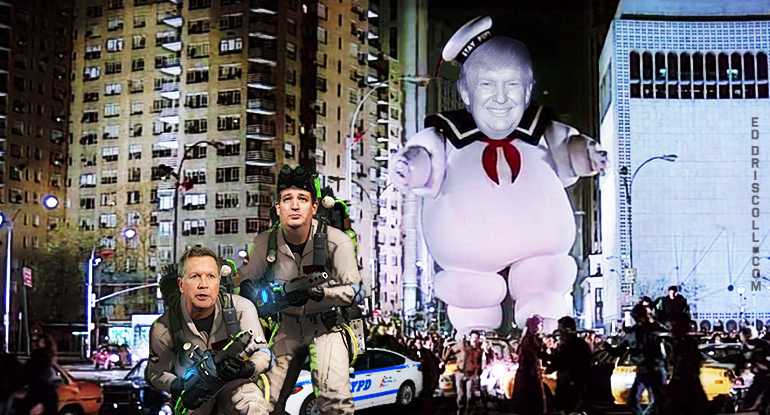 Louisville has the distinction of being a city whose convention center is pretty far from downtown, which is where all the hotels are. The law seminar is a good 20 minutes from where the big stuff is happening. Traffic coming into the city and into the convention center has been gridlocked all day, and I’m not dedicatedÂ enough wait in traffic just to report on Trump.

I’m told NRA has issued its endorsement for Trump, with Trump responding that he would not let us down. I believe he’s speaking right now. I know a lot of people are going to argue Trump should not have been endorsed, but I think it’s sticking to the single issue. I have a lot of trust issues with Trump, but the big issue on everyone’s mind is the Supreme Court, and if Trump can be trusted (and I think that’s a big IF) his court picks are generallyÂ pretty good from a Second AmendmentÂ point of view.