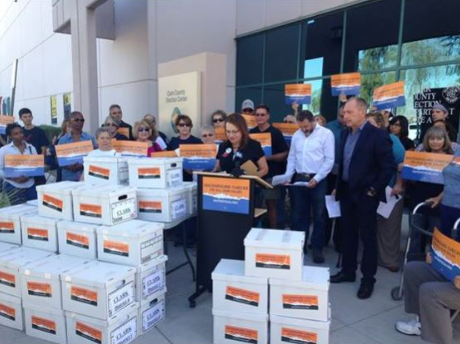 Looks like Bloomberg has managed to buy his way to enough signaturesÂ in Maine that we’ll have ourselves a ballot fight there come election time. Like I’ve said before, unless we can punch him back hard with a loss in one or both of these states, he’s going to keep running this game in every state out there, and he has the money to outspend us.

Keep in mind that none of Bloomberg’s proposals make it illegal to change the title of a firearm (i.e. sell it to someone else) without going through an FFL. The ballot measure in Washington made any transfer (i.e. handing a firearm to someone else) illegal, except for certain limited exception. In Washington State currently, it is technically illegal to shoot with a friend on your own property, or on public land, or anywhere else that’s not a “bonafide shooting range” (i.e. well, we really don’t know what that means) or at a sanctioned match. Classroom training is illegal in Washington State, technically, if you use a firearm that you do not own. This has nothing to do with public safety. It has everything to do with sneaking restrictive measures in under the guise of something that sounds reasonable to average non-gun-owning voters.

Let us not also forget that banning private transfers and sales amounts to de-facto registration. Let us also not forget that after Sandy Hook NRA A-rated Senator Coburn offered a proposal that would apply background checks to all changes of title, but that dealt with our concerns regarding the de-facto registration component, and Chuck Schumer laughed it out of the room. Let us also not forget their refusal to exempt people with concealed carry licenses (who already have gone through the background check) from the private transfer ban, as we do here in Pennsylvania with handguns for temporary transfers (i.e. not change of title).

As the Mainer who notified me of this noted, “The UBC proposal is being driven and financed by out-of-state interests (read: Bloomberg). As a general rule, Mainers DO NOT appreciate being told how to live their lives by outsiders.” Spread the word, because if we don’t beat Bloomberg, this is coming to every state that has a ballot. Ballot measures come down to one thing: who spends the most money, and we cannot outspend Mike Bloomberg.

15 thoughts on “Ballot Fight in Maine”