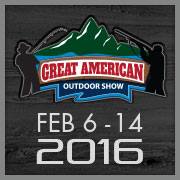 Merriam-Webster defines extortion as “the act or practice of extorting especially money or other property; especially: the offense committed by an official engaging in such practice.”

The mayor of Harrisburg who has made clear that he hates NRA and its members went to the press whining that NRA isn’t engaging in pay-for-play for hosting the Great American Outdoor Show in his town.

As part of the deal with the county to host the show, NRA did agree to support regional grants in accordance with the typical rules of the NRA Foundation’s policies and by-laws. Just like your local Friends of NRA banquet gives at least 50% of the money to regional grant requests, the Great American Outdoor Show program is following the same model.

Harrisburg’s mayor is fuming that NRA is holding true to the agreement and his city isn’t the automatic, pre-determined grant winner every year. Apparently, NRA did make the offer to fund a smaller grant this year, but the Mayor threw a hissy fit when he learned they wouldn’t agree to make that a set fund for him annually in direct violation of the NRA Foundation’s by-laws. So, he seems to have rejected their grant offer.

The city officials are fuming since they thought the cash would pad their budgets each year, and now they learn that other worthy area entities in need will benefit. This will not stand for Mayor Eric Papenfuse and Police Chief Thomas Carter who believed they would be the exclusive beneficiaries of the grant request process. As it is, NRA already pays somewhere around $200,000 in amusement taxes to the city and school district. Plus, the city gets the tax revenue from the millions brought in by vendors, hotels, eateries, and other sales associated with the event. But that’s not good enough.

So, when the Mayor and Police Chief were angered to learn that the rules and by-laws wouldn’t be bent to hand the cash to them, they demanded a bigger payoff in other forms. They wanted to increase the rate that NRA would have to pay for off-duty police officers to assist with the event. Since the rate was apparently agreed to be on the low side, NRA offered to pay more, working up to a 33% increase over the next three years. This was not acceptable to the City, and the mayor demanded an immediate 67% increase. Since the rate the Mayor wanted apparently wasn’t remotely market rate compared to even larger cities, NRA has now turned to the county and departments from other cities who will likely gladly take the money. Harrisburg now loses $10,000 in fees associated with that deal.

However, that wouldn’t stop officers from taking vacation time to work the NRA show, something that has apparently been done with the support of the department for nearly 30 years. Since Harrisburg has now declared war on the Great American Outdoor Show, the Police Chief is banning his officers from taking vacation during that period so they can’t earn extra money from the huge event. He’s also going to mandate overtime to more patrolling to try and keep them away.

While the behavior may not meet a legal criminal definition of extortion, it sure does seem to me like the quotes in the article by the mayor and police chief fit the spirit of the dictionary definition of the term.