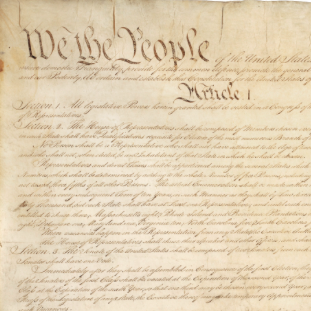 Texas Governor Greg Abbott is going to ask the Texas State Legislature to call for a Constitutional Convention, growing the number of states who have already called for one. In addition, he’s laid out a number of proposed new amendments in excruciating detail. Key features are:

Most of these would represent improvements, but I think number six is a bad idea. It’s a bad enough idea I’d reject the whole proposal just to get rid of this bad idea. If this had been in place, Heller and McDonald would have both lost. You could go through and find numerous other cases that have expanded civil liberties that would have lost.

Perhaps the answer is to subject the federal courts to more democratic accountability. I’ve become convinced more recently that perhaps the founders were wrong to make federal judges appointed for life, with no recourse for the people. I’m open to action on this front, but not the kind of populist, judicial minimalist garbage Abbott is proposing here.