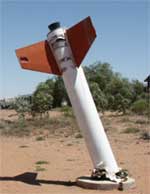 As you’ve all seen in recent months, Bloomberg has been moving in on the Brady Organization’s turf, in the form of celebrity recruitment. We know there has been some tension between Brady and Bloomberg in this regard from the Freedom of Information requests to the City of New York. That’s why I find this recent release from the Brady Campaign to be filled with hilarity:

We have exciting news! The mayors of Americaâ€™s three largest cities — Los Angeles, New York, and Chicago — have joined the Brady Campaign in calling on Attorney General Loretta Lynch to take action against the five percent of â€˜bad appleâ€™ gun dealers who are responsible for ninety percent of the crime guns terrorizing our communities.

This letter calls for the investigation, reform and possible closure of â€˜bad appleâ€™ gun dealers, as well as the adoption of an enforceable code of conduct. Simply put, we know who the â€˜bad applesâ€™ are, and we want the Attorney General and the Justice Department to take action!

This is an important step in our Stop Bad Apple Gun Dealers campaign, and the voices of many are more impactful than the voices of a few.

Thatâ€™s why we need your help in getting more mayors to sign on to this important letter!

We want to show Attorney General Lynch that stopping â€˜bad appleâ€™ gun dealers is a priority across the country andÂ youÂ can help make that possible!

Thank you for your continuing support and stay tuned for more exciting updates about our Bad Apple Gun Dealer campaign!

You move in on our turf, and we’ll move in on yours? You know, there was a reason that Everytown absorbed MAIG right? There was a reason Bloomberg deemphasized that effort. It’s because Mayors tend to be corrupt, narcissistic, borderline sociopaths who often find themselves in trouble with the law. Good luck with this new strategy, Brady folks. Good luck! Way to bring the fun back in this debate. I can’t wait to start pointing out how many Brady mayors are being incarcerated.