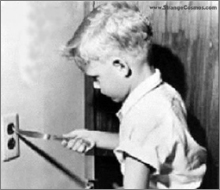 Embracing the new Democratic Zeitgeist on gun control, Governor Terry McAuliffe of Virginia shows he’s not going to be left out of the gun hatin’ gameÂ with a new Executive Order which supposedly outlaws firearms in some state-owned buildings. I’m not sure how he has the authority to do that absent action from the legislature. He’s also setting up a task force and hot line. Oooh. That’s action for you. All Virginia needs is for politicians to set up a few more task forces and problem solved, right? In his EO, he repeats the lie that 40% of all guns are processed through private transactions. We know, in fact, it’s a lie because the states that have banned private transfers of firearms have seen very little in the way of transactions going through their background check systems. So either people are ignoring the law, or this was a very small subset of transactions to begin with.

Obama stated the other day that it was easier to buy guns in this country than books. That’s funny, because I’ve never had to go through a background check and fill out federal forms to buy a book. I don’t even have to show ID to buy a book. There aren’t people out there trying to make it illegal for me to lend a friend a book. You don’t need a license to write, print, distribute, or sell books. I don’t need to show I’m literate to and have a license to carry a book in public.

It’s ridiculous. Obama knows it’s ridiculous. McAuliffe knows it’s ridiculous. So why do they lie? Because they know the needle of public opinion is swinging more toward people not wanting more gun control laws. They need that needle to start swinging back in their favor, and one way to accomplish that is to lie to the ignorant about what the current federal gun laws are. They need people to believe that the gun business is like some kind of free wheeling, third world open air bazaar like you’d fine in Somalia. If people understood what the gun laws really are, they might be satisfied, or even a little ticked off.

The only way we can stop these people is by punishing them at the ballot box. McAuliffe and Obama are both lame ducks, so punish their party. Tim Kaine was up there with McAuliffe on stage, cheering him on. Tim Kaine is up for re-election in 2018, a midterm. In 2014, Mark Warner barely got by Ed Gillespie, and Warner is far more moderate. Kaine is vulnerable with the right candidate.

12 thoughts on “Democrats All Over Embracing Gun Control”