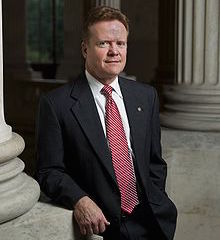 Jim Webb is the only Democrat in the race who isn’t after your guns. So how about it, Liberal Gun Club? Sanders has always been a mixed bag on the issue, and he’s been distancing himself from the parts of his records that are actually good. Every Democrat except Jim Webb basically declared open war on us in that debate. If Democratic gun owners can’t give Webb a bit of a bump, to be honest, what good are you to the cause? If you only start clubs of like minded people who will gladly vote your gun rights away to Clinton, Sanders or O’Malley, really, what good are you? I’m not issuing this challenge because I hate you guys. I’d be thrilled if the Democrats supported gun rights, or were at least not openly hostile toward it. I’d be thrilled to see an insurgency in the Democratic Party that favored gun rights. This is your chance. He might not be the best candidate in the world, but the contrast on guns is stark here.

I in no way expect Webb to be the nominee. He doesn’t have the chops to win. But giving Webb a bump would help tremendously. The election in 2016 is sure to be very close, and if in 2016 the nominee does eventually lose the general election, the party might start to wonder if maybe those Jim Webb Democrats could have been useful. What’s made gun rights successful are single issue and near single issue voters who are capable of swinging close elections. Increasingly, the Dems are believing those numbers are already baked into the GOP voting figures, and the NRA can’t come up with new voters that are going to help Republicans and hurt Democrats. What keeps me up at night is I’m not sure they are wrong.

29 thoughts on “Pro-Gun Dems Should Rally Around Jim Webb”