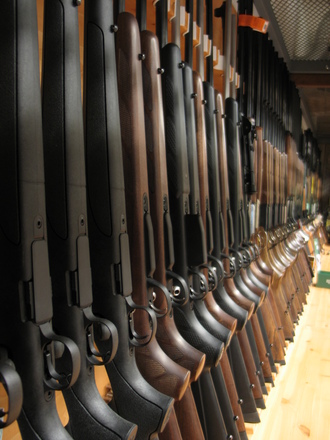 Upper Darby top cop Michael Chitwood likes theatrics, but isn’t a big fan of civilians owning guns. The Upper Darby Police Department is cleaning out its evidence room of guns, but rather than transferring them to an FFL to sell them to law-abiding citizens, he’s sending them all to the incinerator. Who knows what kind of historic pieces could be in there. This statement pretty much says it all:

“Our way of addressing the gun issue in America is to destroy them all,” said Michael Chitwood, township police superintendent.

That, friends, isn’t someone who is pro-gun control. Superintendent Chitwood is anti-gun. If there are any readers here from Upper Darby, I would organize a group of gun owners to flood the next Township Supervisor meeting and demand Chitwood be dismissed. Keep the pressure on. A lot of these local government bodies will fold like a cheap deck of cards even at minor pressure from constituents. At the very least you might be able to convince the Board to make him back off all the gun control crap. This isn’t Chicago or New York, and I’m certain there are still a fair number of gun owners in Delaware County. That message should be sent loud enough and clear enough that Chitwood and the Township Supervisors would rather oil the squeaky wheel than ignore it.