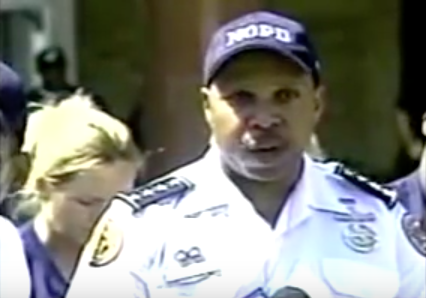 This is unbelievable. Bloomberg’s “The Trace” web site has shown itself very adept at building straw men so they can tear them down, but this takes the cake. Their argument seems to be that because the gun confiscations after Katrina weren’t universal, that means that NRA is exaggerating. The city confiscated approximately 800 firearms in the wake of Katrina. No one at the time ever argued it was a mass confiscation. We were aware at the time that many of the confiscations were carried out by “out of town” law enforcement.

But hundreds of Americans have their civil rights violated at the time they most need them, and no big deal, right? Note how Bloomberg’s Mouthpiece goes into detail later about bizarre conspiracy theories, and then tries to conflate mainstream gun rights opinions with them.