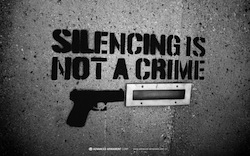 Maine passes a supressor hunting bill. Maine would be the 36th state to allow the use of suppressors while hunting. Many of these just never prohibited it. These bills are an important part of building a constituency for getting suppressors moved from Title II (NFA) to Title I (GCA), or just getting them delisted entirely (after all, it’s a hunk of metal. I suppose you could throw it at somebody).

As I’ve said before, hunting is a particularly good context to make the case for suppressors, since it’s one shooting sport where hearing protection can be a real burden, and even most anti-gun folks approve of owning guns for hunting, or at least feel the need to pay lip service to it.