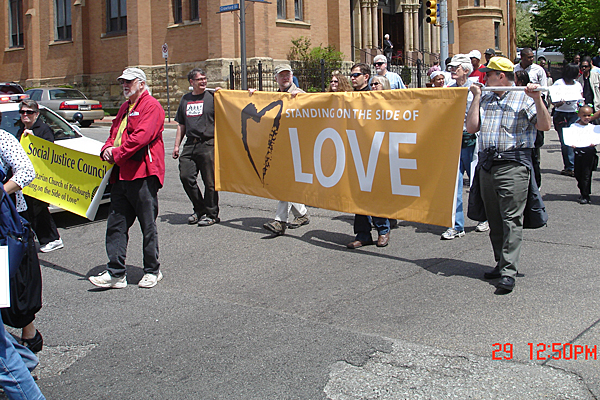 The other side is prepping the ground to try to expand the category of prohibited person. This is why I don’t lightly dismiss Gun Control 2.0 — prohibited persons is a topic I’ve wondered why they didn’t push for years, especially after having success even in a GOP Congress in the late 1990s on the topic of domestic abusers.

Who wants to stand up for the rights of wife beaters, stalkers, brawlers, drunks, or other low lifes? Defending against this kind of attack requires persuadingÂ people think about big picture things. Unintended consequences are not typically a concern for people who don’t think much past “something must be done!” It takes a deeper understanding that most people simply aren’t willing to take the time to develop.Â In this sound bite world, dominated by low information voters, this is a topic our opponents have a natural advantage.

In the early 2000s, I thought the Internet was going to make more people enlightened. As anyone who has ever spent any time on Facebook, or read comment sections on YouTube videos can tell you, that’s just not going to be the case. The left is now far better at reaching LIVs via the Internet than we are by far. The right dominated the early blogosphere, but the left does social media much better than we do. ConservativesÂ put all their faith in money changers who preach to the choir, rather than investing energy in activism that was highly effective at reaching and persuading people who had barely any education on conservative ideas.

The reason we gun folks are better off relatively from the conservativeÂ movement is that we never quite drank the same kool aid. Granted, the fact that our hobby is fun and doesn’t take a deep understanding of any particular philosophy is a great asset. I think we should play to our strengths. Our best bet is to continue to be evangelists for the shooting sports and armed self-defense to anyone who shows even a hint of an open mind.

17 thoughts on “Another Strategy From Gun Control 2.0 Which Worries Me”