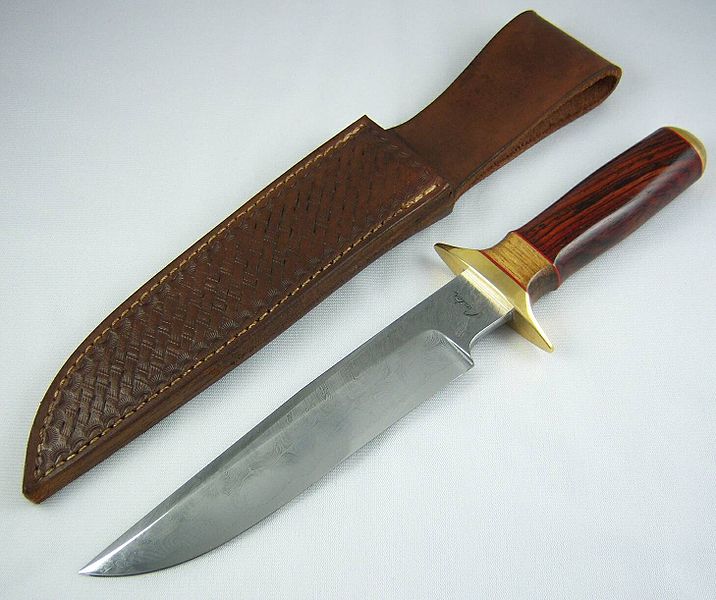 Robb Allen notes an exchange between some pro-gun folks on Twitter, and the Coalition to Stop Gun Â  Violence,Â about the recent mass stabbing at a school in Pittsburgh. I think we ought to not kid ourselves about the lethality differential between bladed weapons and firearms. If knives were just as lethal as firearms, most of us would probably be fine with being limited to carrying knives. That’s not to say 20 wounded, some of them quite seriously, isn’t a big deal. Some of these folks will have lasting injuries that will never fully heal and will always live with, just as if the wound had been from a firearm. But the fact is, all things being equal, a person is much more likely to survive a knife attack, if they get medical help quickly, than a gunshot wound.

Of course that assumes all things are equal, which they are not. The tactics of the mass killer or killers matter far more to the outcome of the event than the weapon used, and body counts with edged weapons in countries which have a stronger tradition of using them tend to be higher than in cultures that don’t have much recent experience, like the US and Europe. In the examples above, the body counts look gruesome even compared to many mass shootings in the United States that involve firearms.

I believe our opponents are correct when they note that knives are generally less lethal than firearms. I see no point in arguing that. But what they overlook is that the real weapon isn’t the weapon itself but the person wielding it. They tend to believe these types of mass killings are perpetrated by people who snap, become insane, and then impulsively engage in mass slaughter. The only thing that’s correct in that viewpoint is that mass killers tend to be mentally disturbed. But aside from that, they also tend to plan out their attacks in detail, and that’s definitely been true of the perpetrators of the worst mass shootings. If we could magically suck up all the guns from society, I think it would make it more difficult for mass killers to kill large numbers of people for a time, until they adjusted their tactics to deal with the available remaining weaponry. Adam Lanza meticulously studied past mass shootings when formulating his plan. Also consider that a knife is hardly the pinnacle of non-firearm weapons; the worst school mass killing didn’t even involve firearms. Hell, a knife isn’t even the pinnacle of edged weapons*. At the end of the day a humans are just remarkably inventive when it comes to hurting one another. It’s a cliche that guns don’t kill people, that people do, but that doesn’t mean it isn’t true.

* Hat tip to Tam for that link.

5 thoughts on “CSGV and Knife Violence”