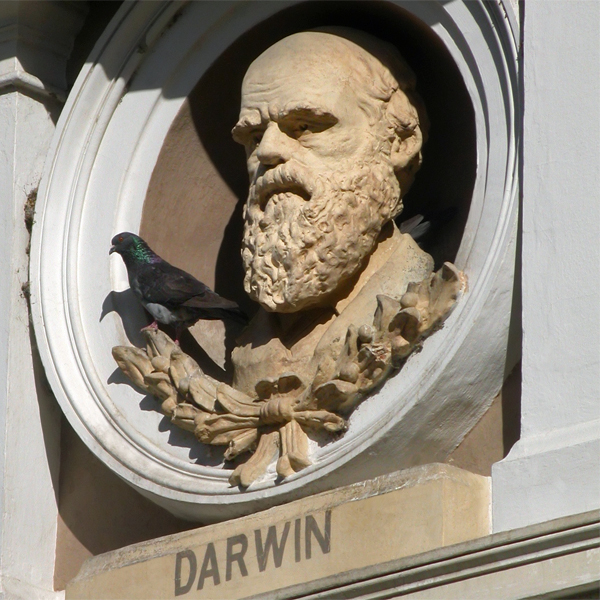 Over at Common Gunsense, Joan Peterson has been breeding a special batch of extremist ramblings lately. Like a train wreck, you can’t help but look. In this episode, she takes a position against teaching kids gun safety. She notes:

Little boys in particular seem to love shooting noises and pretend shooting at an imaginary animal or toy. It must be something in the DNA of male children ( or testosterone?). But real guns are not toys.

It’s evolution, and who can argue against evolution? It’s science! You’re not a science denier, are you Joan? I thought that was for the kinds of people who support the corporate gun lobby.

See, without weapons, humans make pretty tasty cat food, and our early ancestors and cousins wereÂ regularly preyed upon by big cats, birds and other predators until hominids evolved large enough brains to fashion weapons.Â Like most other species, our young instinctively engage in play that aids in honing critical survival skills, just like you notice in kittens. Even typical youth past times like baseball have an evolutionary angle revolving around weapon employment. If our species’ most sophisticated weapon was still the spear, young boys would still be picking up sticks and engaging in play that involved throwing them, probably at each other. It’s instinctive behavior, because humans whose children engaged in this behavior survived better than those whose didn’t, and that’s evidenced by the fact that our species, the weapon making species, is the only hominid species to survive.

The first step in bringing those aggressive instincts under control is to first acknowledge that they exist, and then teaching the young the discipline and responsibility necessary to control them, and use them in a socially responsible manner. For many boys and girls, the discipline required by shooting is a healthful outlet for what they are naturally are drawn to. Denying them the opportunity to explore that part of themselves under proper supervision would be a grave disservice, especially to appease a paranoid and fearful prohibitionist movement, that would rather pretend such things just aren’t true.

24 thoughts on “It’s Evolution! You Can’t Argue with Science”