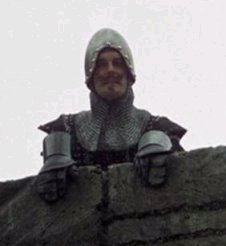 Our opponents are telling Caren Merrick to release her NRA questionnaire, or they shall taunt her a second time. You can see why they areÂ doing anything they can to turn the pressure up, because the polling in this district. But gun control is just not an issue that energizes people to get to the polls, no matter how much our opponents want to make it appear to work that way. They can get a lot of attention from a sympathetic media, but when it comes to putting people in the voting booth, they come up empty. Nonetheless, the Democrats are trying to scare voters on social issues in an election that looks increasingly likely to hinge on economic issues.

I guess after tomorrow we’ll see how things go. If you’re a gun owner in Northern Virginia, I’d go see whether Caren Merrick, or any of the other GOP Senate candidates need any help on election day tomorrow. This is going to be an important election for gun owners. Not only is lowering Virginia’s Brady score at stake, but so is giving Bloomberg a boost if he’s able to eke out some victories, and the Democrats are able to retain control of the Virginia Senate.

UPDATE from Bitter: I realize that some folks are confused by this post. Merrick is rated A- and running against an F-rated opponent. Winning in the state Senate is particularly important for gun owners, according to previous reports we’ve heard from Dave Adams with the VSSA. Anti-gunners have been harassing volunteers for this candidate because they claim she hasn’t released her NRA questionnaire to them in order to use to attack her.