It is basically impossible to maintain a healthy shooting culture without having places to shoot. Even if we change the laws in places like New York City, because they’ve been so utterly successful at destroying their gun culture, Bloomberg likely won’t ever have to worry about icky gun people in his city. There’s almost nowhere to buy a gun, and almost no places left to shoot. This is a city that once contained NRA’s primary shooting facility! Can you imagine that today? Actually, you don’t have to. This is where NRA’s range in New York City was: 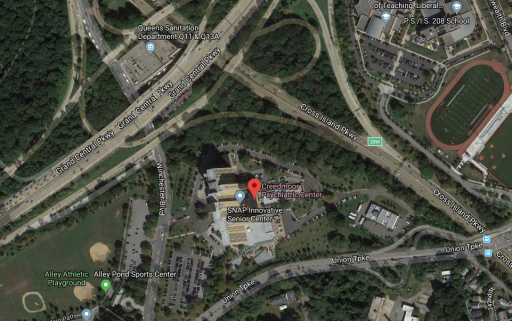 Think there’s any chance of getting that facility back as a shooting range? Not a chance. I’m not saying it wouldn’t be possible to make new places to shoot in the Five Boroughs, but it’ll take generations, and a court willing to take the Second Amendment seriously.

It’s far easier not to lose those places to shoot in the first place. Generally speaking, I’m not going to air my club’s dirty laundry in a public forum. But I’ve spoken about some things either seeking advice or pointing out things that might be useful for people in the same position. I see a few comments here and there like this:

“Sorry, but, your club sounds like a Fudd club. Â Are black rifles banned too? Â Only 1 shot every two seconds?”

Now, my club it’s actually not a Fudd Club. It’s Gun Culture 1.5, to use that analogy. No issues with black rifles there: but we do have some rules that are… outdated. I am not likely as far behind as some other people would be in participating in an effort to bring Gun Culture 2.0 to a Gun Culture 1.0 club. But anyone struggling to help in such an endeavor has my respect: we owe it to future generations of shooters to try to preserve places to shoot.

I will fully acknowledge that some clubs and ranges are hopeless, and will die with their current leadership. I’m not suggesting every effort will always pay off, just that the effort is worth our collective time even if our individual effort fails.Â I can almost guarantee you that if you were to join a “Fudd Club” of sufficient size, you’re going to find allies in any effort to un-Fudd it.Â If you suddenly find yourself trying to take a Gun Culture 1.0 club into Gun Culture 2.0, I offer some advice:

I’ve heard stories of clubs that change through outright revolution. I recall a story told to me a while ago about a club in Pennsylvania who had a cadre of members that wanted to put on a machine gun shoot. The leadership said no. Next election, they replaced the leadership. That club now has an annual machine gun shoot. If you have the votes and the people willing to step up to affect that kind of thing, it’s an option. I am a reasonably good administrator. I’m a poor revolutionary.Â I’ve always wondered how the people who used the outright revolution managed it. I have to work within the confines of my own strengths and weaknesses, which I guess is a good final bit of advice. I’m always curious to hear stories in the comments from anyone who’s got one.

38 thoughts on “Places to Shoot”