New research out, and the science is settled! We all knew this. Hell, Zuckerberg built an empire on this: what would Facebook be without self-serving moral preening? A platform to share baby and cat pictures, basically.

When people publicly rage about perceived injustices that don’t affect them personally, we tend to assume this expression is rooted in altruismâ€”a “disinterested and selfless concern for the well-being of others.” But new research suggests that professing such third-party concernâ€”what social scientists refer to as “moral outrage”â€”is often a function of self-interest, wielded to assuage feelings of personal culpability for societal harms or reinforce (to the self and others) one’s own status as a Very Good Person.

Well bowl me over with a feather. I will admit I’m one of those odd ducks that doesn’t feel guilty about a whole hell of a lot. If anything, I feel guilty over the fact that I don’t feel guilty about much. Maybe I’m sorry I didn’t spend more time with my mom when she was terminally ill. I kind of feel bad about that. Wish I had been more interested in getting to know my paternal grandparents before they died when I was in my early 20s. I probably also don’t do enough to mix with and help people who are truly needy. I’m more of a person to lose touch than keep in touch.

But that’s all my cross to bear, not any of yours. Maybe that’s a difference. It’s not that I, and people like me, don’t have guilt: we internalize it. I don’t need to make my failings as a person your failings as a person. But if there’s anything people are bad at these days, especially on social media, its internalizing things. This rings true: 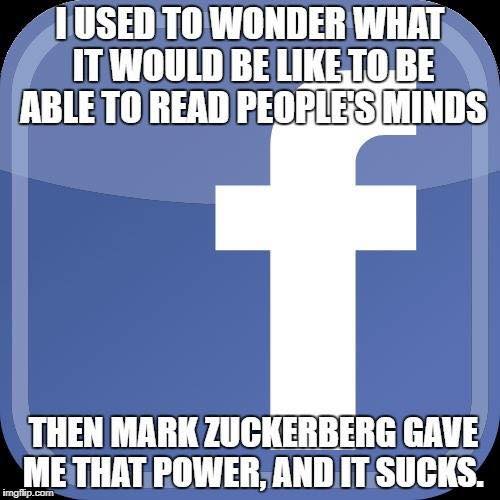 4 thoughts on “This Will Shock No One: Moral Outrage is Self-Serving, Says Reason”