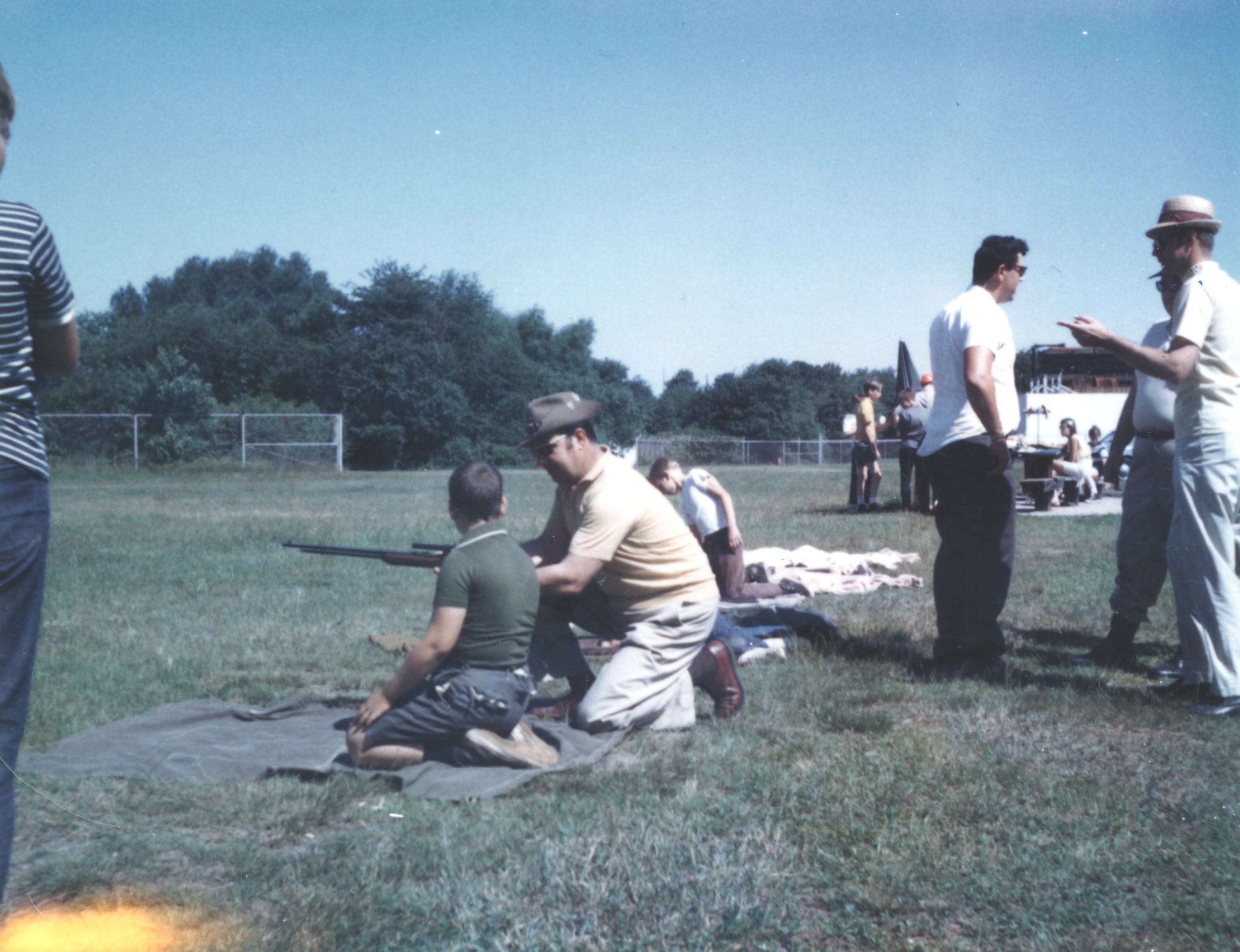 Kevin has a good article that I think is spot on:

Iâ€™ve been arguing gun rights online for almost 20 years now, long before there was such a thing as a gunblog, and in that time, Iâ€™ve managed to convince absolutely no one that disarming the law-abiding will somehow affect criminal behavior.

However, Iâ€™ve also seen friends who were anti-gun get into guns because of their experience at a range: Shooting guns is fun, and once we get people to try it, we usually win.

I think what we’ve been seeing this past year are the consequences of the destruction of civil society. Recently, a friend posted a picture on social media of a tween sleepover where every single kid had their nose buried in their smartphones. I can remember when I was a kid having friends sleep over, and we’d spend serious effort trying to side tune the Playboy channel. You remember doing that? Adjust the tuning just right and “Hey, is that a tit? Yeah. I think that’s a tit! Turn it the other way.” I don’t know, maybe kids these days will have fond memories of gathering together to stare into smartphones, and interact on whatever social media app the kids are using these days. But today’s kids have almost no opportunity for unstructured and unsupervised play that most of us grew up with.

Snow day from school? Yeah, I was out, and didn’t come back until dark. No parents. Mom would say, “Stay off the lake. You’ll fall through and drown. And don’t stay out so long your limbs freeze off.” Of course some of the best sledding was the slope heading onto the lake, and you could catch decent air off the bank. Most of the lake was a few feet deep. I fell through the ice plenty of times only to find myself up to my knees. I wasn’t dumb enough to go on the part of the lake that was deep enough you could go completely through. We (and when I saw we, I’m talking Xers born in the 1970s) are probably the last generation to have been raised the old way. We are now beginning to reap the whirlwind of a decades long experiment in raising children that is an abject failure. If you read nothing else this week, read this:

Thereâ€™s a Way to Stop Mass Shootings, and You Wonâ€™t Like It.

Thatâ€™s right. Youâ€™re not going to like it because itâ€™s going to require you to do something personally, as opposed to shouting for the government, or anyone to â€œdo something!â€

You ready? Here it is:

â€œNotice those around you who seem isolated, and engage them.â€

Read the whole thing. My parents were both heavily involved in civil society. My dad became a volunteer firefighter in the early 1970s. Even though he’s now pushing 70, he’s still doing it, and probably will keep doing that in some form until he drops dead. As he’ll tell you, his days of running into burning buildings are over, but he can still drive a truck and direct traffic as fire police. My mother was involved in probably half a dozen groups. I was dragged to meetings as a kid when their schedules overlapped. If I had had a smartphone at the time, I almost certainly would have buried my nose in it. But we didn’t have smart phones then, so I had to watch, and whether I realized it or not at the time, I had to learn.

Take this passage from De Tocqueville’s “Democracy in America”:

The political associations that exist in the United States are only a single feature in the midst of the immense assemblage of associations in that country. Americans of all ages, all conditions, and all dispositions constantly form associations. They have not only commercial and manufacturing companies, in which all take part, but associations of a thousand other kinds, religious, moral, serious, futile, general or restricted, enormous or diminutive. The Americans make associations to give entertainments, to found seminaries, to build inns, to construct churches, to diffuse books, to send missionaries to the antipodes; in this manner they found hospitals, prisons, and schools. If it is proposed to inculcate some truth or to foster some feeling by the encouragement of a great example, they form a society. Wherever at the head of some new undertaking you see the government in France, or a man of rank in England, in the United States you will be sure to find an association.

We are not passing this onto our children, and it’s going to be an absolute disaster for our Republic. Because civic life is the antidote to both isolation and totalitarianism. It exists in the community and outside the government. Civic life was not something that was foreign to me when I encountered it as an adult. I understood a thing or two about it from my parents, who may have not explicitly taught this to me, but did through example. When I came into the gun issue, which is largely organized as civic organizations, it was something familiar. When I look around my club I see a lot of old guys. I do not see young people, even though I know they are out there. We can’t be satisfied to simply pass a love of shooting along to the future generation. We also must bequeath to them the civic institutions that go along with it. It is those institutions that have protected us for so long. It’s not the NRA: the NRA is ultimately a part and a product of those institutions. If the NRA did not exist, we would have to invent it. So take your kids to the range. But also take them to meetings, like my parents did. Teach them how all this works, and make sure when they are adults, they are ready and able to inherit what has protected and promoted this issue for so long.