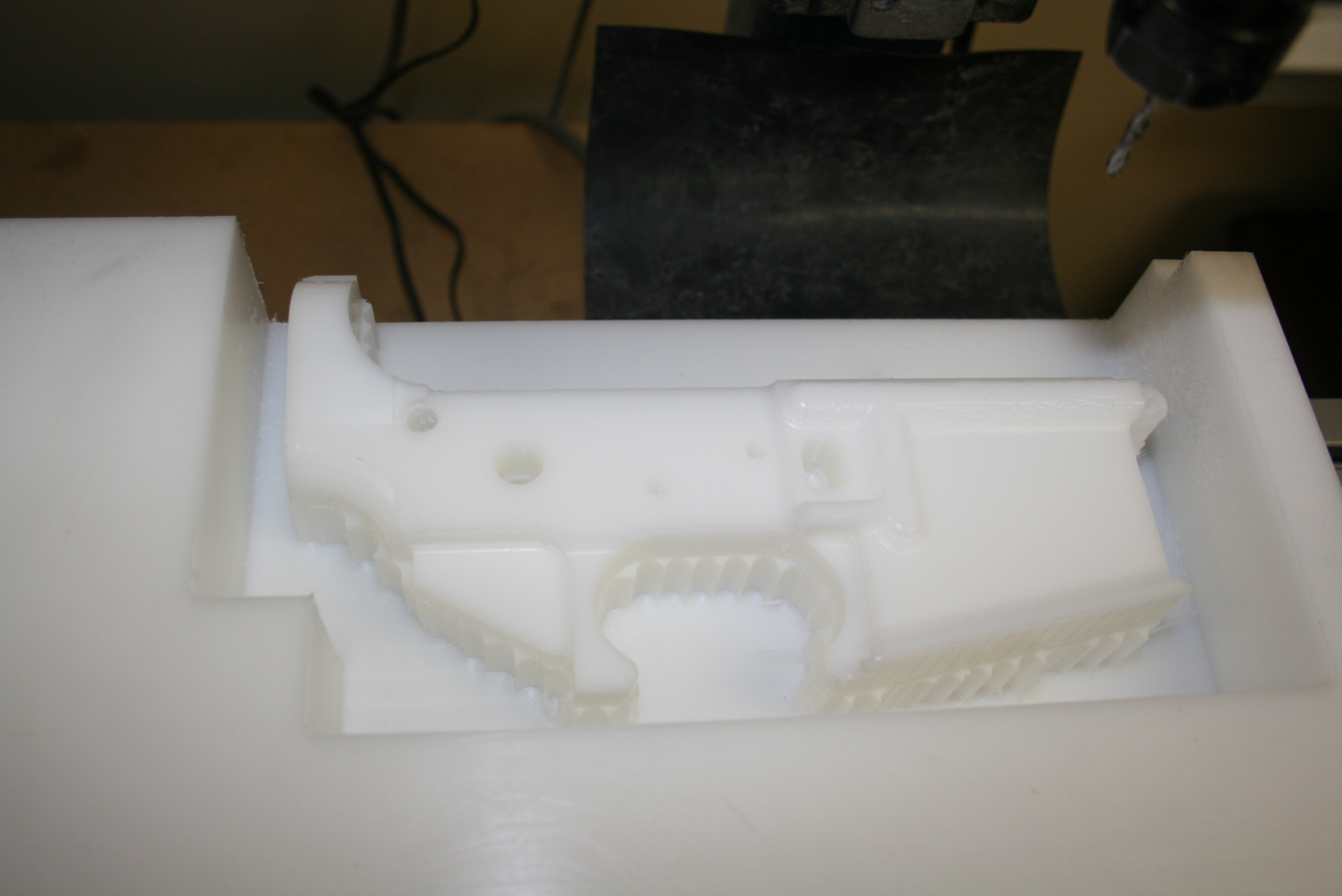 For those of you who remember, Daniel Crowninshield set up a scheme whereby a person would purchase an 80% lower, then would pay him to use his CNC mills to finish it. The government argued that this amounting to manufacturing without a license. A novel theory, to be sure, but because they picked the right guy they never had to test out this novel theory in court.

Now, if youÂ help people machine AR-15 lower receivers for profit, you can probably expect to spend some time in prison. Just a bit of general advice for people who might be tempted to try to walk the razors edge on violating or not violating the Gun Control Act: it probably will not look very good to a jury if you go by the alias “Dr. Death.” I mean, it’s a free country and all, but just sayin’.Â I’d also not advise not walking the razor on GCA while being a domestic violent misdemeanant,Â allegedly in possession of an unregistered machine gun.Â I’m sure that probably played into the decision to take the plea deal. Now the feds get to claim a scalp without having to test their novel theory of manufacturing without a license in court.

UPDATE: AlongÂ the same vein, attending open carry protests and making sure everyone knows who you are, and knows that you’er armed, when you have two felony raps is also not going to make things easy on your lawyer.