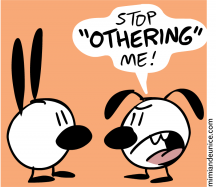 Long time readers may know I’m a fan of Professor Brian Anse Patrick’s books. “Rise of the Anti-Media” is absolutely a must read for People of the Gun. But there is another book of his that today might be more relevant. With the media and the left in full overdrive to demonize the NRA, itÂ is a good time to take a fresh look at Prof. Patrick’s book, “The NRA and the Media”. Here’s the summary:

Were it not for negative media coverage from elite American news organizations, the National Rifle Association and American gun culture would not be in the position of strength they enjoy today. The more negative coverage the elite press have dished out, the more people have been attracted to NRA and gun culture. Brian Anse Patrick, Professor of Communication at University of Toledo, presents the evidence for this startling case. Not only are the elite media biased towards NRA, they have helped mobilize American gun culture, making it one of the most successful social movements of modern times. In this e-edition, with a new foreword from the author, Dr. Patrick makes his case. The evidence is incontrovertible and based on scientific content analysis of ten years of actual coverage.

Over at PJ Media, Roger Simon provides some anecdotal evidence for this theory, writing “How the ‘New York Times’ and Loretta Lynch Made Me Join the NRA.“Â So don’t worry too much about the trolling clickbait from the New York Media. If Prof. Patrick’s theory is right, and I think it is, all this will only make our cause stronger in the end.

7 thoughts on “Only Makes Us Stronger”