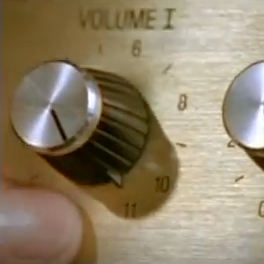 Sorry for the dead air yesterday. I’m in the process of bringing in a new project for our company, and trying to get a new consultant configured and set up. Yesterday I realized the spare laptop I gave the new guy really should have been nuked from orbit. I ordered a new machine, but in the mean time, I don’t want to delay him from billing. Unfortunately, paying the mortgage comes first, but this edition of the Weekly News goes to eleven!

NRA comments on the proposed ITAR regulation. The State Department got 12,000 comments. That’s a pretty good showing. I’m sheepish to admit that I was too busy, and the deadline passed before I realized it. So I unfortunately did not submit a comment.

This July was the best month on record for NICS. It’s looking more like this represents a fundamental cultural shift than a trend driven by fear of gun control. We’ll have to see what happens when Obama is no longer in the White House.

Charles C.W. Cooke: “Amy Schumer is Wrong on Gun Control.” So is her cuz, but that hasn’t stopped him.

The Polite Society podcast is looking to live stream the 2015 Gun Rights Policy Conference, and are looking for people to help out their GoFundMeÂ campaign. If I had any money to give them, I’d kick some funds over.

Cody Wilson has been denied an injunction against the State Department. This is bad news. The denial is being appealed to the 5th Circuit.

Idaho veteran assigns a fiduciary and has his guns banned. S.2002 would help him.

Apparently an FNX can go all wobbly in the heat. Something tells me they should have gone with a more heat-resistant thermoplastic.

Yes, next question:Â Are stun guns protected by the Second Amendment?

A retired U.S. Magistrate Judge says of voter ID laws: “At no time in our history would Americans have countenanced similar restrictions on the rights protected in the First or Second Amendments.” Cleary Judge McPherson has never tried to buy a firearm in this country.

Background check law in Oregon is off to a rough start. The law is useless and unenforceable, but that’s not going to stop Bloomberg from pushing it elsewhere.

John Lott, get your Panama hat ready! Panama is loosening its gun laws in response to rising crime.Â This will be a good opportunity for interrupted time-series analysis.

Tam has been putting a Smith & Wesson Bodyguard 380 through its paces with a 2000 round test. The BG380 has been on my short list for a while.

Finland is going to keep using the 7.62x39mm Rk. 62. They were originally looking to replace it with a 5.56x45mm rifle. I’m wondering if they are announcing this now to quell Russian fears they plan to join NATO. Or they figure they’re better off scrounging ammunition from dead Russians.

John Stossel vents about New York City’s gun laws, and the special exemption they gave to an anti-gun group.

The League of Leftist Women Voters is going to spearhead opposition to campus carry.

Governor Wolf has appointed failed State Police Commissioner Marcus Brown to head up Homeland Security. It pays more than the State Police commissioner, and does not require Senate confirmation. Politically, Wolf owed Brown, but this is pretty clearly a middle finger to the Senate on Wolf’s part.

There are unfortunately plenty of Americans who will happily hand over their privacy and freedom for the illusion of safety.

Glenn Reynolds on jury nullification. I heard someone argue the problem with this idea is that juries aren’t accountable. Well, that’s the idea. The people are sovereign, and don’t have to be accountable.

On the passing of the 70th anniversary of the atomic bombings of Hiroshima and Nagasaki, this essay from the 1980s is a useful reminder of why we used the bomb.

Sen. Claire McCaskill in Politico: “How I Helped Todd Akin Win â€” So I Could Beat Him Later” I think as Republicans read this, they should think “Bernie Sanders.” The tables can be turned.