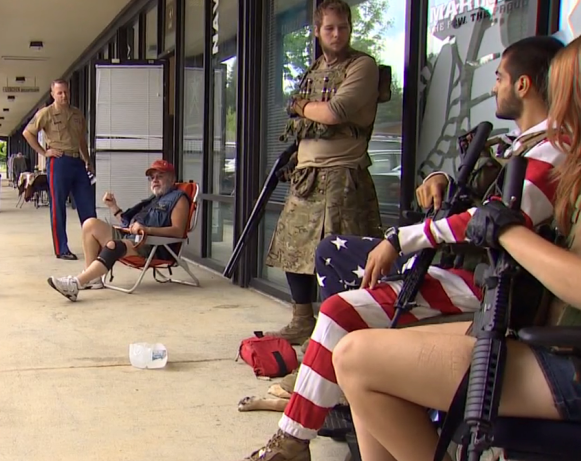 I’ve seen a lot of discussion about people stepping up to defend military recruiting stations in the wake of the Chattanooga attack, and putting it in the same class as rifle OC. We’ve certainly seen our share of derp associated with some of these folks, but conceptually, I have a difficult time putting this in the same class as people carrying long guns into Target. I think the reason is because context matters. After an attack on a recruiting station, I think people can put two and two together and understand what’s going on. There is context for ordinary people to put this in that doesn’t make it as strange or threatening. I think we could certainly do without theÂ derperators, but I don’t really see a problem conceptually with citizens stepping up responsibly, to do an important Â job our government won’t. No one can top this guy, though.