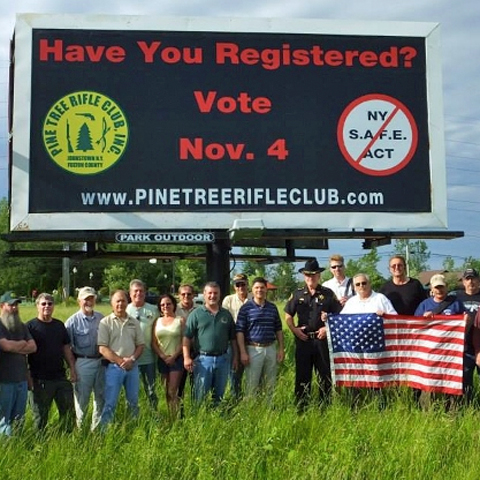 Gun clubs can be organized under any number of tax statuses, but many will put them in a category where they may not be able to engaging in outright electioneering. However, one New York gun club sends a pretty clear message about the issue they want to see resolved without naming any candidates on a giant billboard.

I hate that the only place I ever witnessed really well organized gun clubs willing to get involved in the political fights to the degree that they were legally allowed to was in Massachusetts. It really was a case of too little too late there, and other states don’t have to follow that model if their clubs and organized shooters would get together and engage in just a little bit of activism.