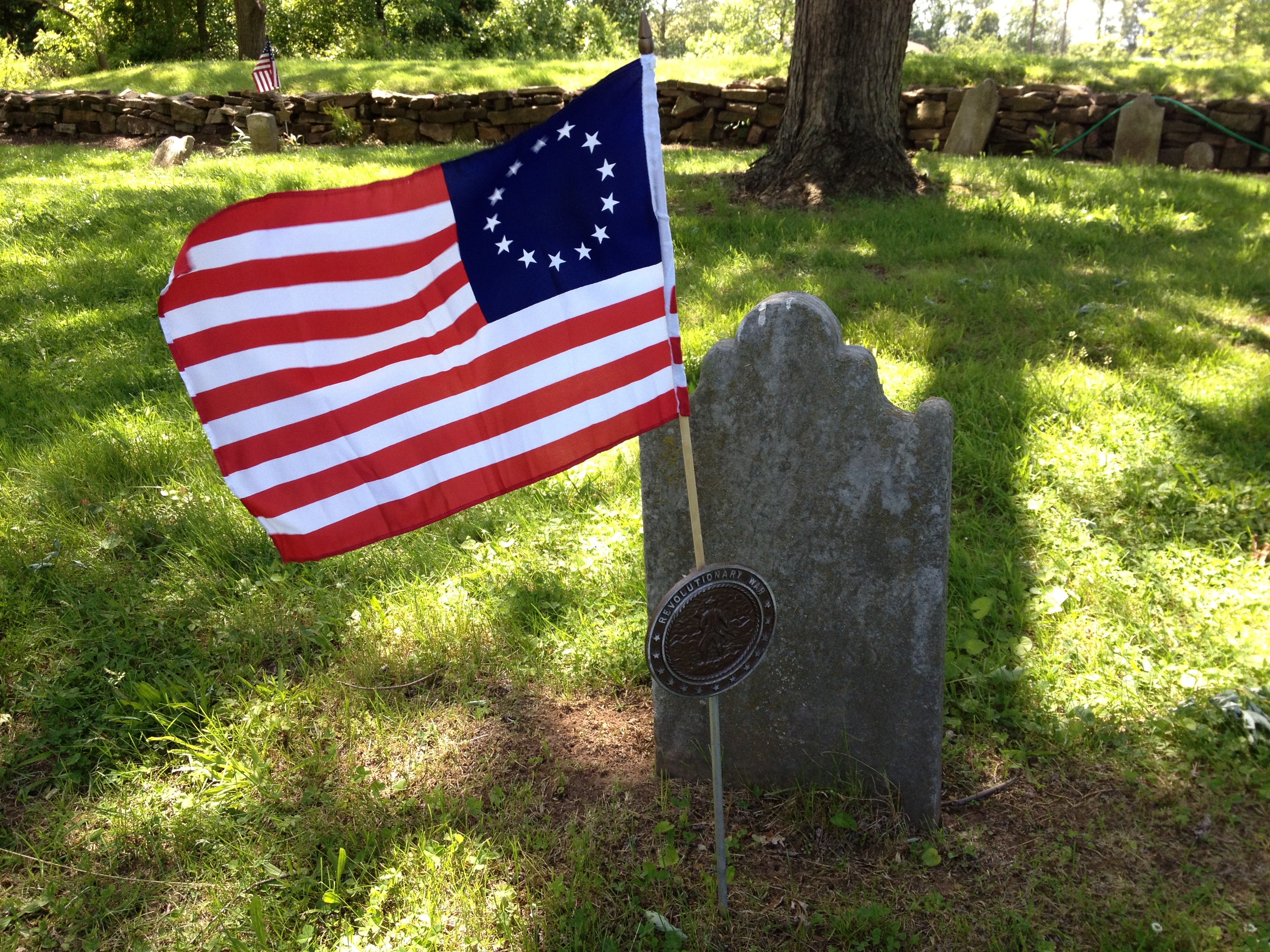 Our little adventure out to find Revolutionary War graves over the Memorial Day weekend got me started on a fishing expedition for family information. I feel spurred to share a few of my discoveries regarding service in many of the wars this country has fought because of John Richardson’s Memorial Day post featuring the draft registration cards for his father and grandfathers.

I knew my great grandmother was a member of Daughters of the American Revolution, so I thought I would see what I could do to join since there are multiple active chapters around this part of Pennsylvania. After a few emails back and forth with my grandmother, we discovered that my great grandmother’s membership was no longer valid, not because she passed 11 years ago, but because the only family member she documented to DAR (her 3rd great grandfather) was found to have been turned down for a pension in further record reviews. However, she told my grandmother that she had documented multiple family members who had proven service in the Revolution. My grandmother, happily enough, pulled out a book from her father’s side that gives a direct and handy list of all the relatives back to my 6th great grandfather who is documented to have served in the war.

However, in my little trial of Ancestry.com, I started clicking on random branches with their little leaf hints attached. I am no where near done since most branches of my family have been in this country for a long, long time. However, I did just hit a someone who appears to be a documented veteran of the War of 1812. There’s totally a lineage group for that–National Society United States Daughters of 1812. I don’t really know much about them, but they don’t have a presence in the Philly area.

I also found a documented veteran of the Confederacy on a side of the family I really didn’t expect to see it on. Yup, there’s a group for that, too. (United Daughters of the Confederacy) My grandmother thinks that we also have documentation to prove lineage from a Union soldier as well. That would cover me for Daughters of Union Veterans of the Civil War, 1861 – 1865. I’m seriously thinking that if I can document both connections, I may actually join both. Maybe I’m just silly, but I would find amusement in that.

I haven’t gone digging deep yet, but the family that is reportedly connected to Jefferson Davis, eh, not looking so good. As Sebastian noted, there are probably lots of Southern families with people named Davis who claim a relation. However, that side of the family is really into genealogy, so my mom is going to see what she can gather from those folks and we’ll see if there really is a connection. (Interestingly, if this connection is proven and documented, it could also be a different path for me to DAR, and the only likely path for my niece.)

I set up a tree on my account for Sebastian, and if he has followed the census records properly, he may have found a 3rd great grandfather who served for the Union in the Civil War whose service was previously unknown to his family. (Yes, there’s a Sons of Union Veterans of the Civil War.) Considering his family on both sides has been presumed to be fairly recently off the boat, this is actually an exciting possible find for him.

Another little tidbit I’ve discovered (though am waiting on family records to verify), is that by moving to be with Sebastian here in Southeast Pennsylvania, I’m apparently simply returning to the family lands of my 5th great grandfather. It turns out he owned 99 acres in Upper Bucks County as far back as at least 1789. I find that very, very odd.

To bring this rambling family war service post back to guns, we have learned that between the two of us, family names include John, Moses, and Browning.