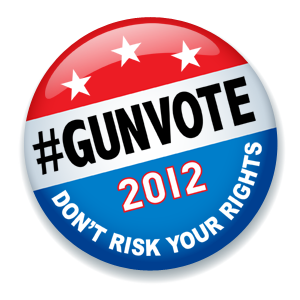 Wow. If anyone thought that incumbents could cruise to safety in 2012, Pennsylvania just showed that voters are still pissed off. The Speaker of the House – a race I didn’t see anyone mentioning as seriously competitive prior to last night – just barely squeaked out a challenge from within his own party. He even lost the part of the district he lives in! A total of five sitting incumbent state lawmakers lost their seats last night, and members of Congress were sent some walking papers, too.

Babette Josephs is gone. She was defeated in a primary after she was caught illegally campaigning inside of a polling place. This video made from soundbites of Philly politicians pushing gun control features her rants about how only a few people who show to protest in Harrisburg are the only people in all of Pennsylvania who oppose radical gun control. She was pushing the idea of overturning Castle Doctrine here in the Commonwealth in honor of Trayvon Martin. My favorite comment from her was actually on Facebook about breastfeeding. She said a staffer was a new mom and bragged that her office was breastfeeding-friendly. Great, that’s the law since it’s a state building. I guess as a Philly lawmaker, she probably should be patted on the back for not breaking the law, but I still like to hold my standards a little higher. Sebastian had an experience with her office that showed they may be breastfeeding-friendly, they were hardly tolerant of gun owners coming in to have a conversation.

No, the seat isn’t going pro-gun. Regardless, gun owners should still celebrate the victory of ousting a lawmaker who wasn’t even willing to give them the respect of her time. The future representative also walks into the office as a freshman rather than with her seniority.

Patrick Murphy‘s political career was largely summed up as this: Over. He lost his Congressional seat in 2010, and then he set his sights on Attorney General as a stepping stone to Governor. He seemingly expected to walk right into the position with his national fundraising contacts and support of Barack Obama. What he didn’t count on was an opponent who has, oh, actually tried cases in Pennsylvania – a teeny, tiny thing missing from Murphy’s resume. And the woman brought in Bill Clinton to campaign for her. In case Murphy didn’t notice, Pennsylvania Democrats actually like the Clintons. They didn’t support Obama in the primary in 2008, a reflection that he was out-of-touch with the state outside of Philadelphia.

The Attorney General‘s race is big for gun owners. That’s the office that handles reciprocity with other states for carry licenses. Gov. Tom Corbett made an effort to seek out states that would sign agreements when he was in the office. We know that anti-gun groups have put a target on cutting reciprocity agreements – something they previously tried to attack in the legislature when they knew the Attorney General wouldn’t do it. I believe that the woman who beat Murphy is more anti-gun than he was in Congress. It seems odd that I would celebrate her win, but she ended Murphy’s political career as a whole. Now, it’s time to beat her.

We mourn the loss of pro-gun Blue Dogs last night. Congressman Tim Holden was NRA A-rated, but he was dealt a devastating loss last night. The Democratic nominee for the district, Matt Cartwright, has never held office before and refused to return NRA’s questionnaire. However, he told the local media that he swears he’s pro-gun even though he also generally campaigned on the message that he’s farther to the left than Rep. Holden. It sounds like Democratic gun owners in that part of the state need to start picking up their phones and firing up their keyboards to actually demand some answers from Mr. Cartwright.

On the far western edge of the state, two A+ rated Democrats engaged in a pretty bitter primary fight. While they are rated the same on guns, Rep. Jason Altmire has actually made time for the NRA by speaking at the convention and actually leading on the Democratic side of the aisle. Unfortunately, unions painted a giant target on his back and vowed to end his political career for opposing Obama’s healthcare law. With gun control not a major difference between the two Democrats, Altmire fell last night to Rep. Mark Critz.

In better news, NRA’s endorsed candidate in PA-4 (the former PA-19) won the GOP primary with more than 50% of the vote. That doesn’t sound too impressive until you consider that Scott Perry won a seven-way race. Yeah, huge. That race was effectively the general election. It also goes to show that money isn’t everything in a contest because Perry wasn’t the biggest fundraiser of the field.

10 thoughts on “The Torches and Pitchforks are Still on Standby”