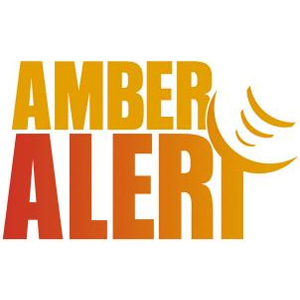 Those of us who follow the debate over various gun controls understand the concept of “crime control theater,” though it’s something we usually talk about in regards to security measures that are actually quite worthless. I’m thinking about the subject because I just stumbled across this paper abstract on AMBER alerts that find they are actually not terribly successful.

Why am I looking up AMBER alerts? Well, because a girl from my high school class recently had her 17-month-old daughter taken by child’s biological father. Because she was not abducted by a stranger and has no medical conditions that put her in immediate danger, the child’s disappearance can’t be reported via AMBER alert. It also doesn’t seem to be getting any media attention, though that may be due to law enforcement procedures.

I feel terrible for the mother. There’s really not much she can do, but she is using social media to try and spread the photos of her daughter, her ex, and the last car he was known to be driving. A quick search indicates that the father was recently indicted in Texas on theft charges, so it’s questionable what his return plans are now that there’s a new warrant for failure to return in Oklahoma.

This is the ultimate type of case where there really isn’t much that can be done by the victims, so I understand where the support for some type of “crime control theater” comes from. Is it smart policy to do something that makes the victims feel good even if it doesn’t have a direct impact on the resolution of the crime? I don’t think so. The paper abstract points out that there is risk of blowback, which is a legitimate concern. Unfortunately, it doesn’t make the victims feel any better when the child is still missing.

UPDATE: I noticed that folks in the mother’s social circle are already talking about the “broken system” of the AMBER alert process. They want it “fixed” so that it will publish every missing child.

Needless to say, now is not the time I would even consider having a discussion over whether or not it is truly broken, but it does show how easy it is to get wrapped up in the theater without focusing on crime control solutions that will actually yield results. However, given that this situation is one where a non-custodial parent has taken the child, it’s been more than 10 days since she was last seen, and the father has access to multiple cars, the chances of the alert system working are basically nil. Again, that’s not what those who are calling the system “broken” want to hear.

It does rather remind me of many gun control supporters who came to the issue through knowing a victim. It doesn’t matter that their case would not have turned out any different if the laws were changed, they feel something in the legal system broken just because someone else was able to do something bad.