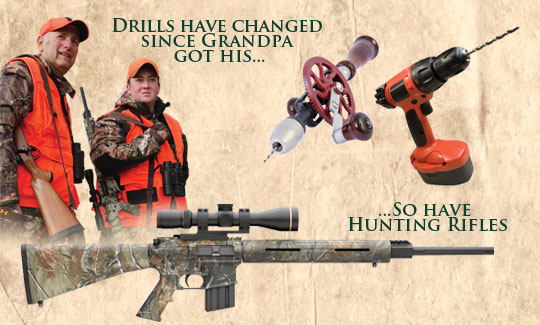 Since some folks can’t seem to get it straight, and are undermining efforts to get away from the boat anchor our opponents tied around our necks, it’s worth a review:

If any one of these aren’t true, it’s not an assault rifle by definition. Even the dictionary on this computer says:

A rapid-fire, magazine-fed automatic rifle designed for infantry use.

Last I checked, there weren’t any infantry that were issued semi-auto rifles. The fact of the matter is when people hear the word “assault” being used as an adjective to describe a noun, they are automatically going to be more inclined to agree that whatever that noun is describing ought to be banned. Assault is a crime, after all, or something you do in war. It would be interesting, for instance, to poll on “assault weapons” verses “personal defense weapon,” and see how the results differ, even though PDWs are nearly universally NFA weapons, with the exception of civilianized versions that are made carbine length and only fire semi-automatically.

The fact that we’ve not gotten to just over half of Americans opposing a ban on “assault weapons” is mostly through a decades long education among the general public,Â and other gun owners in particular, to make them understand the truth in the issue. Had it not been for that term, this would likely have happened much faster, and it’s questionable whether there ever would have been support enough to pass the 1994 ban in the first place.

While I’m not a huge fan of the particular term NSSF has chosen to label semi-automatic rifles that are based on military patterns, I completely understand why they feel the need to do it, and support efforts to move away from a term that automatically makes folks think of a crime. To the extent that people on our side have embraced that term, it’s done nothing but play into the hands of our opponents.

Any politician is going to take polls with a grain of salt, but they largely do this on the gun issue because they all believed the polls about how people felt about assault weapons, until they passed the ban, and many of them lost their seats over it. Even Bill Clinton acknowledges that. Maybe it’s arguable that MSR isn’t the best term… but what I don’t think is arguable is that the “assault weapon” boat anchor has been a huge problem for our side, and we should move away from that language.

5 thoughts on “Let Us Review the Definition of “Assault Rifle””