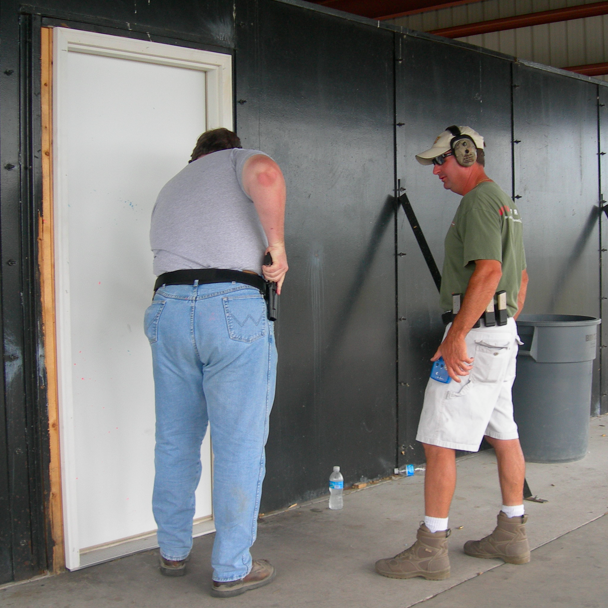 Up-start gun blog “When the Balloon Goes Up” has an interesting example of how caution should be exercised in house clearing. Convention wisdom says this is a job best left to the police. I tend to agree, but I can’t tell you I’ve never been moving around my house with a drawn gun. I think it depends on circumstances. If I know someone is in my home, or there’s pretty strong evidence, I’ll call the police and let them deal with it. But much of the time, the evidence is going to be less than that. I’ll use a few examples from my experiences.

Back when I first put in my lighting system, I had no idea the rings that hold the bulb in untwisted and fell off over time due to expansion and contraction from heating up and cooling. When I hear that sound now, I don’t think anything of it. But let me tell you, the first time you hear a piece of metal fall on a tile floor when you’re upstairs in bed, your first instinct is not that the ring worked its way off your lighting fixture. Gun comes out. I don’t hear any other noises downstairs, so I go to check it out. If I had called the police thinking someone was in my house, I would have been sheepish.

Another situation, I came home to the house door being wide open. I was out with someone else, so my thought was “OK, did we just forget to close the door, or is someone in the house?” I don’t see any evidence of forced entry, but the person I’m with swears they closed the door behind them. Entrance way looks clear, so I go in gun in hand. I hear nothing, so I checked the rooms and closets, not hearing any sounds of someone moving. “OK,” I think, “she probably just forgot the close the door behind her, or didn’t pull it hard enough for the latch to catch, and the wind got it.” Again, another scenario where I didn’t have enough evidence that there was someone in the house to warrant calling the cops.

So I think house clearing is probably something gun owners should think about, because there’s plenty of situations that rank below calling the cops. Absolutely, if you come home, the door is wide open, and the window pane is broken, call the cops and let them do the clearing. But I think everyone has been in situations where something is amiss, but you’re not sure enough to waste public resources, and look like an ass to boot.

13 thoughts on “On House Clearing”