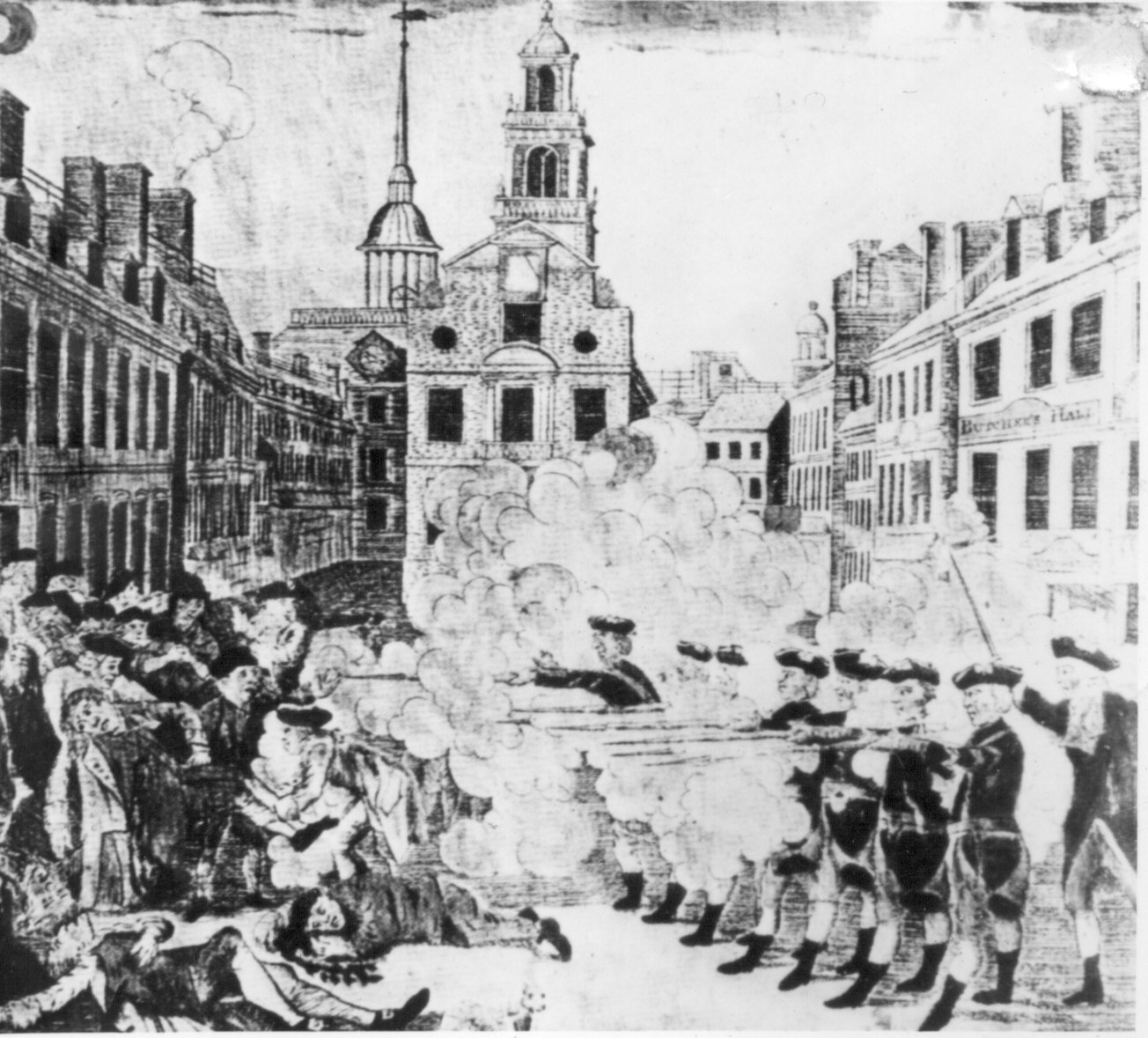 As things usually go when I’m staying in hotels, I had some difficulty sleeping last night, so I took to reading more about the Boston Massacre, and was struck by the level of similarity to the recent Trayvon Martin shooting. Both events involved mistakes on the part of both participants, both were seized upon by propagandists who fanned the anger of the mob, and both resulted in politically motivated charges of murder. No lawyer in the Town of Boston wanted to take up the case of the British soldiers who fired on the crowd, until it fell upon a 34 year old Boston lawyer named John Adams, who agreed to take the case. Adams had designs on political office, and realized taking this case ultimately would be this ruin of those ambitions, but felt it was important that the British soldiers receive a fair trial, and that the law should prevail, rather than the mob.

There was actually two separate trials, one of the commanding officer, and other of the remaining enlisted soldiers. This complicated things for Adams, because the easiest defense would be that the commanding officer had never given the order to fire, and for the soldiers that they had only been following orders. Captain Thomas Preston, the commanding officer, was acquitted, having claimed successfully that he never gave the order to fire. No transcript survives from Preston’s trial, but one did survive from the trial of the remaining soldiers, which was complicated by defense Preston had successfully made. Concluding with an eloquent closing argument, Adams managed to get all but two of the soldiers acquitted, with the remaining two convicted of manslaughter, rather than murder. In the sentencing, the two soldiers successfully appealed to the benefit of clergy, and were sentenced to having their thumbs branded.

One striking thing reading the archive of the trial is how little the practice of law has changed. I was unfamiliar with the term “benefit of clergy,” which has a rather fascinating history. Today we would call this as probation. The branding was to ensure you could not take advantage of it again in a future court, given there were no computerized criminal records in those days. In those days most felonies were capital offenses, but the legal system usually tried to figure out ways to get around having to hang every person who committed felonies. In the English legal system, one available alternative to the gallows was to waive the death sentence is exchange for enlistment in the military. Another was to sentence the convicted individual to “transportation,” to America, and later Australia, upon pain of death if one attempted to return. A third was “Benefit of Clergy,” which was based on the principle that the church was entitled to regulate its own affairs. In the early days, when literacy was generally limited to the clergy, courts would demand the reading of a biblical passage, to ensure the individual was entitled to being turned over to the church for punishment. Usually Psalm 51, which became known as the “neck verse,” for it’s ability to save one’s neck. With the expansion of literacy, this defense became more widely available, and eventually became generally available without the need to read from the bible.

This concept fell off favor with 19th century legal reforms that introduced the concept of the modern prison or penitentiary. But it was surprising to find an 18th century version of what is essentially the modern concept of probation.

9 thoughts on “On The Boston Massacre & Benefit of Clergy”