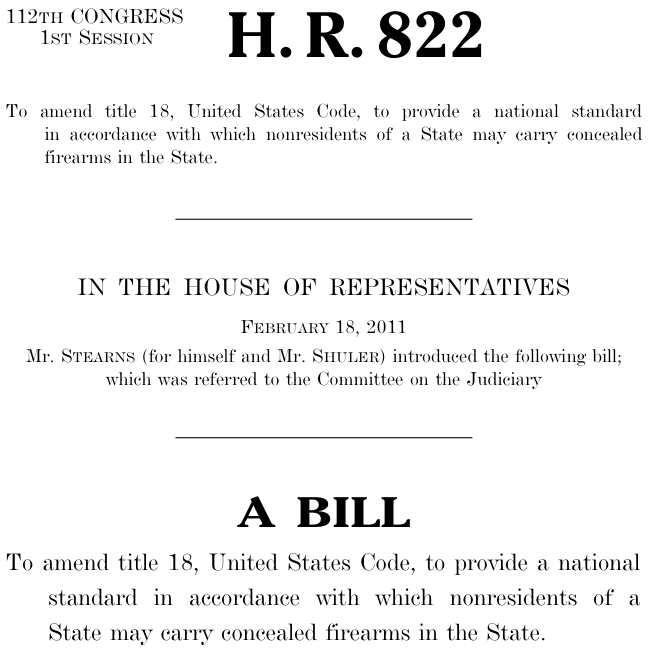 Andy from the comments asks, “Does HR 822 allow me to take my â€œhigh capacityâ€ magazine to New York? Hmmâ€¦ hadnâ€™t thought about that.”Â That’s a good question. From my reading of the language of HR822, That’s rather questionable. Also, it would be questionable whether it would be legal, for instance, to carry hollow point ammunition in New Jersey under HR822. My feeling on both counts is that no, that you would have to abide by both the magazine limits and rules regarding hollow points, as would a resident of Â both those jurisdictions.

The other side of that coin would be an argument that the law authorizes the carry of a handgun, regardless of “eligibility to possess or carry” the state may require, provided that you are not prohibited by federal law from gun possession, and have a valid license to carry. Therefore the language makes you qualified to carry a handgun, which would also, naturally, include magazines and ammunition.

I think the argument that you have to abide by rules on magazines and ammunition type is much stronger than the latter argument. If HR822 does pass, you might want to stick with New York, California, and New Jersey law on magazine capacity, and also New Jersey’s law on hollow-point bullets.