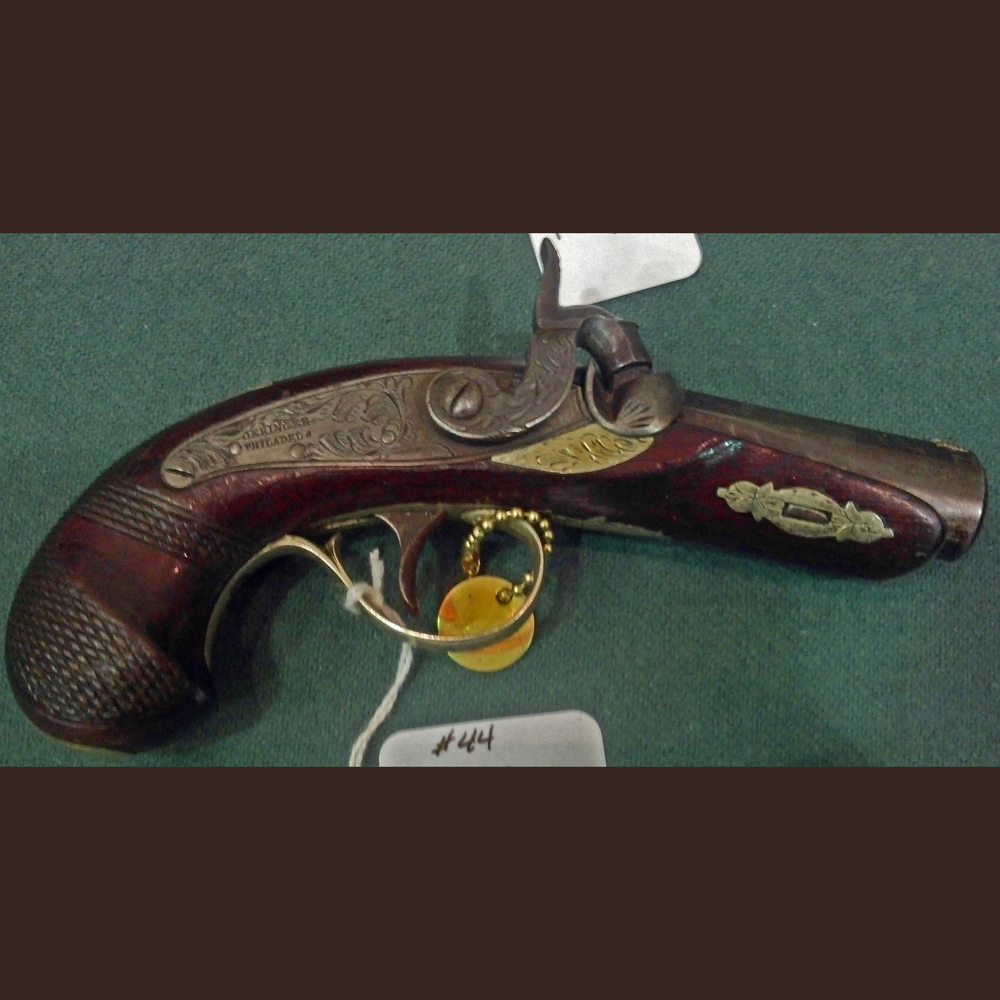 Not only did a Pennsylvania man have his home broken into by thieves who took off with several antique firearms from his collection, but then added insult to injury by drinking the homeowner’s beer while they were stealing his stuff.

However, the case gets interesting because it appears the state police don’t have a method for getting the word out about really old guns to other law enforcement.

[The stolen guns] included a [“pre-Civil War”] dueling pistol…a pair of blackpowder Derringer pistols and a circa-1914 shotgun, as well as three more modern rifles. …

Police usually file serial numbers to a database in case officers later find the weapons in criminals’ hands, but hunting rifles aren’t as likely as handguns to end up among criminals. …

It’s not clear whether a 19th-century blackpowder pistol could even be filed in the gun database, he noted.

Given the unique variety of historic guns stolen that would be largely ineffective and of no real value in the criminal world, I would think the best solution here would be to put out a description of the guns to all FFLs in the area, as well as any local law enforcement in the region just in case they find them ditched somewhere. But it’s interesting that their system of reporting stolen guns can’t even handle historic firearms.

(The photo shown isn’t one of the guns stolen. At least, I hope it isn’t because the fuller picture shows the price tag of $4,000. It’s a photo I snapped at an antique gun show that I thought was relevant since it was made in Pennsylvania by a Pennsylvanian.)

11 thoughts on “Insult to Injury”